This article expresses opinions based on the Aboriginal Student Council Forum of the Students’ Union 2022 Election on March 3, 2022.

During the second day of the University of Alberta Students’ Union elections, candidates got the chance to speak at the Aboriginal Student Council (ASC), on how they plan to further support Indigenous students.

Alex Dorscheid, being the only candidate running for Board of Governors, seems to be falling short in the promises he makes to Indigenous students. He comes off as poorly informed and running without a plan. This isn’t very promising, considering he would be acting as the voice of the undergraduate student body.

Dorscheid started off by saying that the reason he decided to run was to stand up for the students that feel underrepresented on campus, promising to make connections with the people needed in order to be able to make a change. This is similar to what he had said during the Campus Saint-Jean (CSJ) forum, apologizing for not being fluent in French, then joking about having native speakers teach him to speak French. This could have come off as trying to be friendly with the general student body, but it could also come across as insensitive. Overall, he seemed well-intentioned, but with lack of structure behind his introductions.

Yet, he still managed to show his eagerness to be helpful to the student body by repeatedly talking about the research he had done and the readings he had looked through beforehand. During the period where candidates ask each other questions, Dorscheid asked vice-president (external) candidate Christian Fotang how he plans to “advocate to both the United Conservative Party and the New Democratic Party to ensure that Maskwa House and Indigenous students on campus can receive more funding, so that these projects can be built.”

Dorscheid expressed his concern for the amount of time it’s taken for this project to be up and running. After Fotang answered, Dorscheid continued to just encourage vice-president (external) candidates to reach out to both the provincial parties to talk about this funding. This came off as a thought-out question he had prepared for the forum and showed that he had looked into issues concerning Maskwa House.

Beyond this, however, Dorscheid struggled to translate this research into specific promises or concrete actions. During the ASC forum, Dorscheid was asked multiple questions but, when answering them, it seemed to only prove that there was nothing in particular Dorscheid wanted to do with his platform.

When asked what he had done for reconciliation on campuses, Dorscheid admitted that unlike all the other candidates, he had “zero experience in student governance, and zero experience in student politics,” which — while honest — was very unpromising. He said that he’s “coming here as an outsider” and while he has apparently not done any advocacy on reconciliation himself yet, he would continue to listen and do his research on the issues happening. Dorscheid’s willingness to learn was apparent, but there seemed to be a lack of preparation on what he will do if elected beyond consultation, even though he claims to have done his research.

Later, when Dorscheid was faced with the question of what the “buzzword” decolonization looks like, he failed to answer the question. Instead, he took a more avoidant approach, saying he doesn’t use them.

“They are meaningless to use and not going to make a difference,” he said.

Many of the candidates used this question to discuss their experiences with decolonization, with some candidates having experience in courses on Indigenous issues, and others having done advocacy work on campus. But overall, it seemed like Dorscheid didn’t have much to say about it as compared to the other candidates.

Though it seems that Dorscheid has not come up with a solid plan as to how he plans on running, or the changes he plans on making, it does look like he is passionate about the position he is running for. He seems to have done his research in some areas like on projects like Maskwa House. However, with a lack of a plan, his commitment is not very convincing for most students.

It’s also important to note that Dorscheid’s public platform so far consists of his Instagram, which currently has only one post, and his candidate bio. This is compared to the platforms from other candidates which can run upwards of 15 pages. He doesn’t elaborate on anything he plans to do or work towards, again showing his lack of preparation. As an example, he focuses a lot on the idea of hybrid learning and making education accessible both online and in-person. This could be a good promise — but the lack of details about how he plans to accomplish this goal is concerning.

At forums, Dorscheid ends up talking about ideas like the Maskwa House that could have been mentioned in his candidate bio or Instagram to strengthen his campaign, and show that there were things he is committed to working towards.

Overall, it seems that Dorscheid is not yet fully prepared for the role he’s running for, with maybe not as much care, effort, and research put into his campaign as may be needed. As elections continue, I look forward to seeing Dorscheid make more informed promises, show his commitment to his platform and campaign, and what he plans to do with it. The willingness is definitely there — it’s now just about implementing it in the right places. 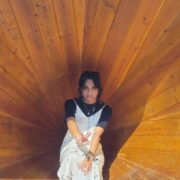