The Board of Governors is the highest decision making body at the University of Alberta and votes on issues including domestic and international student tuition, residence rent and meal plan rates, and the university’s budget. Only three students sit on the board: the Students’ Union president, the president of the Graduate Students’ Association, and the Board of Governors Representative. While it’s not an executive position, and is unpaid, the representative goes through the same electoral process as the president and vice-presidents. They also sit on Students’ Council.

Last year, only one person ran for the Undergraduate Board of Governors Representative position. This year, we have two enthusiastic candidates: Albert Hu, a third-year medical student, and Dave Konrad, a second-year bachelor of environmental and conservation sciences student. Both candidates have had mixed performances at forums, but who will do a better job advocating to the Board of Governors?

Last year, the position of Board of Governors representative was uncontested, and so Rowan Ley, the current BoG representative, was able to float through the election period with relative ease. This year, neither candidate seems to be putting in their maximum effort, but Albert Hu’s run has been pleasantly surprising.

For someone who has little experience in student governance, Hu has come shockingly prepared to forums, perhaps even more so than his competitor. And while some of the things he says are outlandish, like the fact that he believes the SU executive should be unpaid, he seems very willing to criticize and improve the institution, and maybe that’s what we need in the present day and age.

Though there are some logistical questions surrounding Hu’s idea to utilize the endowment fund to balance out budget cuts, and his stances on reconciliation and how to educate people about Indigenous issues are questionable, at least he has a framework of ideas to build on. And while some of his ideas are unthinkable, like reluctantly cutting enrollment if the board rejects him, he’s proposing no rise in tuition at all, as opposed to a decreased rise in tuition.

Hu’s strongest platform point revolves around a new suggestions system, in which students could propose ideas, and then upvote or downvote other ideas they felt resonated with them. He promises to bring the top three of these suggestions with him to every single board meeting, and advocate for the changes they would see made. He also puts a heavy emphasis on student abuse and violence, which is a platform point unique to him this election season.

While some of Hu’s goals might not be achievable, and some would argue even ludicrous, it’s clear he has the best interest of students at heart, and would do his best to use his position to serve us.

Dave Konrad has more experience in governance than Hu, but he has consistently underperformed at forums this election season. Whether this is a case of stage fright, underpreparedness, or simply miscommunication is up to you to decide. Considering that Konrad’s platform relies primarily on communication, it was nice to see him do better at the last forum, which was hosted by the International Students’ Association.

Some have accused Konrad of saying a lot about nothing this election, but I think he does genuinely care about the position. He wouldn’t put in as much effort as he has for an unpaid position if he didn’t. Though he doesn’t have much of a plan to sway the Board of Governors on important issues beyond “taking board members out for coffee” and improving interpersonal relationships with members of the board, his angle has to be considered. Because the BoG is such an important decision-making body, it wouldn’t hurt at all to know the members well.

In terms of tuition, Konrad said that he will advocate for a reduced increase, rather than no increase at all, which is a problem. If he’s already succumbing to the idea that a rise will happen no matter what, how can we trust that he will push for no increase where possible? Despite this, his idea that students should be made more aware of the BoG and what it actually does rings quite true.

One area where Konrad did excel is in his ideas about Indigenous representation at the board level. While he laid out no specific plan, he did mention that he would work with the Aboriginal Student Council, and would also work to complete the ARRC recommendations. How exactly he would carry this out with the board would have to be considered, but the sentiment is there.

Konrad, though a little lacking at forums, has experience in student governance, and seems to care about student education. This leads me to believe that if he was elected, he would do his best to put the student interest first.

In the face of the nature of this role, which is thankless, unpaid, and often scrutinized for not doing enough, it’s great to see both of these candidates display passion and potential for the Board of Governors representative position. However, due to his performance at forums, I believe Albert Hu will come out on top for this race.

As for who should win, my answer is the same. Hu, despite the faults in his platform and ideas, has demonstrated that he is not afraid of the institution or backlash, and is willing to build on his methods to accommodate student needs. The fact that he will advocate for no increase to tuition alone tells me that he’s got the gusto for the role. I will be voting for Albert Hu to see a change in the Board of Governors representative position, and so should you. 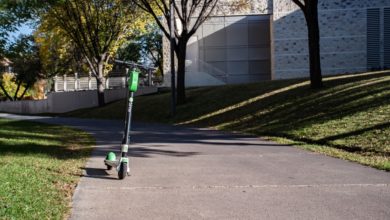 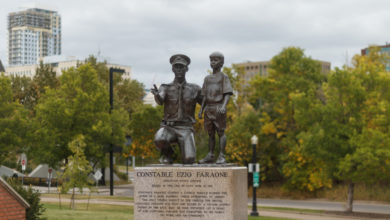 Vandalism can have an important role in activism