For the first time, the University of Alberta’s EcoCar team is building a hydrogen fuel cell from scratch.

EcoCar is an engineering project group that designs and builds hydrogen-fuel-cell-powered cars to compete in the annual Shell Eco-marathon. Since their inception in 2010, the group has created three electric vehicles that have placed in international competitions. In the past, the team has just purchased the hydrogen fuel cell from a company, but this year they’re making the cell themselves.

“Right now we make the car, we make everything, so we might as well make the hydrogen fuel cell as well,” said Lowell McAllister, EcoCar’s research and development lead and a second-year mechanical engineering student. 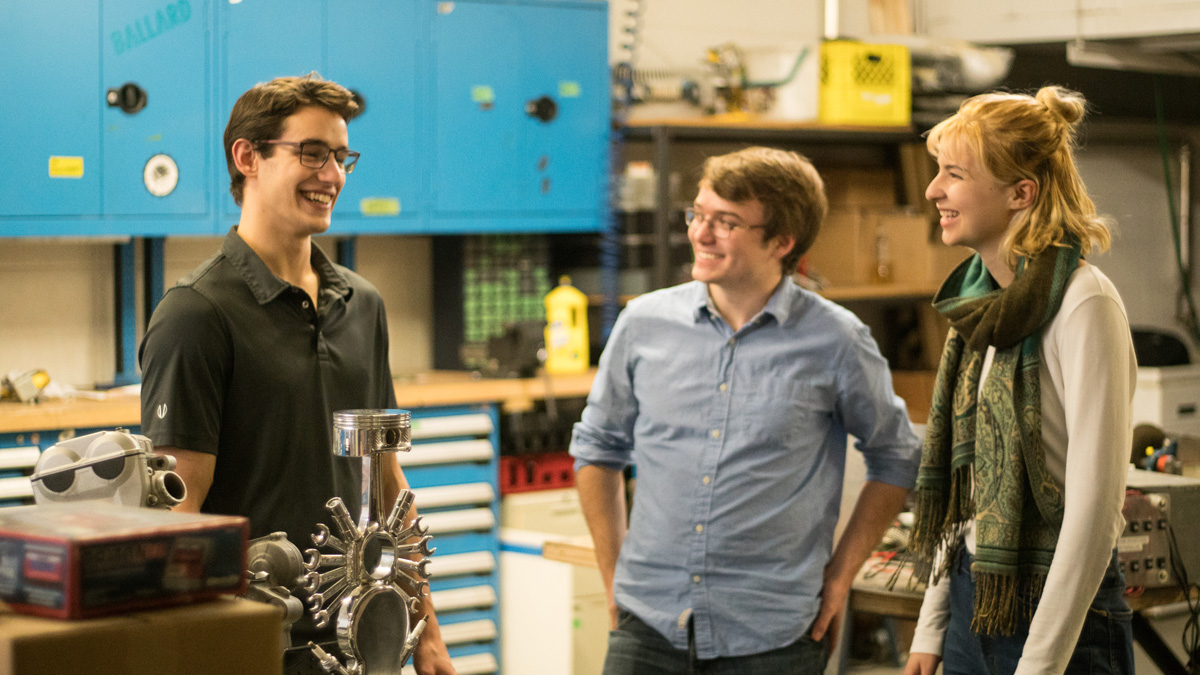 The U of A EcoCar team is one of the only teams in the Americas attempting to create their own fuel cell. To help with the project, the group won a $1,000 grant from the Emerald Foundation, which aims to educate and create public interest around environmental issues in Alberta. The team plans to use the money to buy materials for the cell.

A fuel cell is a stack of cells, each with their own membrane where a reaction between hydrogen and oxygen occurs. This reaction produces water and energy. So by putting hydrogen into a multi-layered cube and blowing air through it, the EcoCar team will produce the energy needed to power their cars cleanly. They hope to have the fuel cell ready to go in Sofie for next year.

The fuel cell team has been working with experts from the energy systems design laboratory, who have experience creating single fuel cells. However, they have never tried creating a large stack of cells from scratch like this before. When the parts for the fuel cell are ready, a stack will be assembled and they’ll begin testing it, something Elizabeth Gierl, one of the fuel cell team co-leads and a third-year electrical engineering student, said she’s most nervous and excited for.

“At times (working on the fuel cell project is) stressful, since I often worry about the things that we are not thinking about and planning for,” she said. “But it’s also a lot of fun, since it helps me understand the fuel cells on a much deeper level. 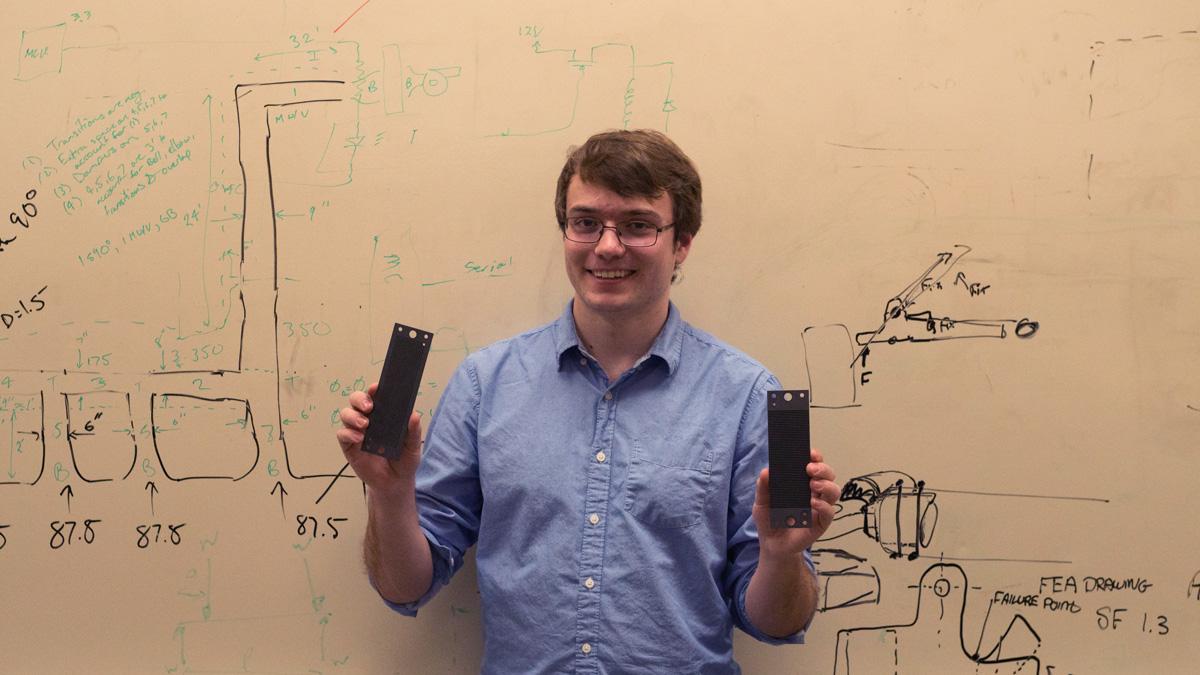 Making the fuel cell has come with its own set of difficulties for the team, McAllister said. They have to minimize the amount of heat given off by the fuel cell, while maximizing the energy it produces. The gases they are working with also pose a challenge, hydrogen is small and leaks easily, so it must be sealed properly.

This year the group will be entering two cars into the Shell Eco-Marathon Americas, Sofie and Alice. Sofie, unveiled last year, will be entered into the prototype category and is only required to be efficient and aerodynamic for the race. Alice, finished in 2016, will be racing in the urban concept category where she will have to resemble an everyday vehicle. 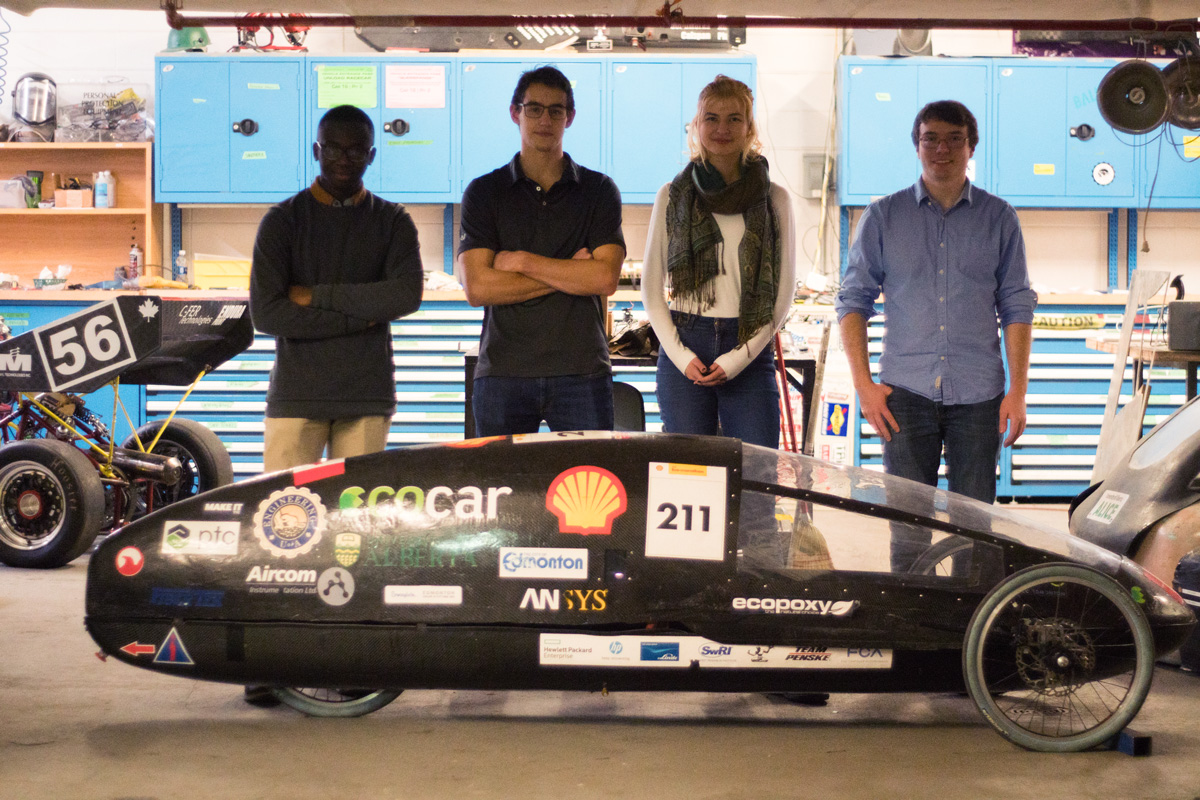 Gierl said the team has had bad luck this year, with the race set to take place in the middle of finals and many of the team members unable to attend. While they’ll definitely be bringing Sofie to California, Gierl said they may focus on making Alice an autonomous vehicle for future competitions, since Shell has expanded the event to include autonomous cars.

“We are really excited to work towards building an autonomous, hydrogen fuel cell car,” she said.

With the success of their cars, McAllister said the team doesn’t play favourites.

“I say we love our cars equally, we can’t discriminate between our car children.”