Two University of Alberta experts weighed in following a discovery from Northwestern University on a new way to dispose of toxic substances or “forever chemicals.”

They explained the significance of a new process to mineralize PFAs — a discovery which came out of William Dichtel’s lab, at Northwestern University. PFAs, or per- and polyfluoroalkyl substances, are widespread toxic substances known as forever chemicals, as they are difficult to dispose of.

Forever chemicals are highly resistant to chemical degradation, have high heat resistance, and are hydrophobic. This is what makes them desirable to use in consumer products. A common use of PFAs include the oil-resistant wrapper that a fast-food burger may come in, Ditchels research detailed.

Low-level chronic PFA exposure can also cause a multitude of health issues such as thyroid disease, liver damage, and low birth weights.

“The benefits of the products were identified before the health problems that can arise from chronic exposure,” Lundgren said.

PFAs are an environmental contaminant that have been used globally for decades. This has allowed the substance to build up in the bodies of living things.

“The scientific community, and the environmental community are just starting to understand how pervasive these chemicals are. They’re not just in the sites with them, they’re just not in dumps.”

New interest in removing PFAs from drinking water has led to the development of several removal approaches. Many of these approaches such as incineration, use large amounts of energy, require specialized equipment, and are generally expensive. In some approaches, physical waste is leftover, meaning the chemical has not been chemically degraded.

The process developed by Dichtel involves a simple chemical reaction that mineralizes PFAs with the addition of aqueous sodium hydroxide, which can potentially be cheaper than current removal processes.

“The process [is a] chemical reaction where you attack a relatively fragile part of the molecule. And then once you’ve broken one bond, all the other bonds break spontaneously in a way that’s not very energy intensive,” Lundgren said.

There are several ways the process can used in real-world applications. The chemical compound needs to be isolated from the environment and concentrated, then converted into something non-toxic, and able to be worked with.

“I think we might start to see real-world samples that have been concentrated from the natural environment in the span of years. The underlying chemistry is understood,” Lundgren said.

Lundgren said that it will be challenging to rehabilitate large areas of land and the ocean.

“To remove these chemicals [from the land or ocean] so that you can actually then apply the chemical process that’s been developed, the timeline for that is, I think, much less clear.”

Lundgren said if chemicals are to be made and used, “we need to make sure that it’s prevented from going out in the environment.”

“[PFAs are] a warning that as we develop technology and very useful chemicals that are valuable and important … we need to have an understanding of what the lifecycle of those chemicals are.” 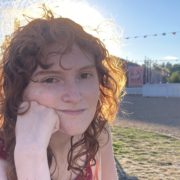 Dylana is the 2022-2023 Deputy News Editor. She is a first-year student studying history. In her free time, she enjoys watching 90s Law and Order, cooking, and rereading her favourite books for the fifth time.