This upcoming election, international students on all campuses will be given the option to vote on a $3.50 dedicated fee unit (DFU) to support the creation of the International Students’ Association Fee (ISAF). When compared to the possibility of the ISA’s potential to grow and flourish, it’s a small price to pay.

The ISA campaign this year, much like most of the advocacy work they do, has been stunning. They rolled out a strong online campaign with their social media and website being available to students right at the beginning of the election period. Not to mention that their performance at the elections forums this past week have been fantastic, fluently communicating the origins of the ISA, their pandemic achievements, and their breakdown on what the fee will cover.

The ISA is looking to create impact in three new areas with the ISAF: events, services, and programs. The ISA provides a full and comprehensive breakdown of their platform online for students to view which includes their plan to further fund and expand the International Students’ Benefit Card (I-Card) which is a discounts card for businesses in Edmonton. Additionally, they will use the fee to create a welcome program, year-round events for students, a Community Support Fund, and mental health and professional development workshops for students.

As Renson Alva inferred at the Residence Forum, the I-Card alone has the potential for students to recover the cost of the ISAF. With the multitude of services that will also be offered for just $3.50 fee, as well as the fee only being attached to international students, there’s no doubt in my mind that the referendum vote will pass.

Alongside running a strong campaign and presenting fabulously at the forums, the ISA has been consistently transparent about how and where the fee money will be allocated. International students’ tuition fees are very expensive. However, the ISA has consulted with international students to ensure that this optional $3.50 fee is a cost they’re willing to pay. And when it comes down to it, paying $3.50 for the ISA to sustainably fund the I-Card, year round events, international student awards, and funding for BIPOC and regional groups is not an unreasonable ask.

The University of Alberta Student Legal Services referendum is asking for an extra $3 a semester in order to broaden the scope of what the SLS can do for students.

The SLS is a legal service for all students that guarantees free legal services for students, no matter what the case. From driving impairments to student disputes, the SLS is free of charge. This year, they are hoping to expand the services that they can offer students.

Since their establishment at the U of A in the 1990s, the SLS has never asked to increase their student fee. In the last few years, SLS has noticed that they have “hit the bottom of the barrel” for the services they can offer students. Because of this, representative Jeremy Hoefsloot stated at the Myer Horowitz forum, “either students would have to commit more crimes or we would have to expand our services.”

With the increased fee, SLS plans to expand their services to include residence disputes for students living on campus, and helping trans students get their gender identification changed on government-issued IDs.

Yes, I think that the SLS plebiscite will pass. But I do not think it will be because students truly understand the services offered to them.

Personally, I was unaware of the SLS prior to the election. This is a significant resource for students on campus, but I am sure many students are unaware that it is there for them. When asked at a forum by The Gateway on how SLS plans to advertise to students in order to make students aware of their services, they responded that they currently have advertisements on the LRT and are planning on placing ads around campus to spread awareness. I do not think that this is enough.

This campaign could have been a great opportunity for SLS to expand their reach, however, they did not. Although they spoke at forums, their Instagram page is still blank, and their overall outreach and visibility on campus needs to grow.

Yes, the SLS should pass.

SLS has made important promises to students on campus. The opportunity for students to receive free, no-questions-asked, legal services is a valuable source. For many students, legal services would be unfeasible on the budget that we have. This $6 per year fee is well worth the payment, especially when considering the possible risk of having to spend thousands of dollars on a lawyer without it.

As the university’s oldest dedicated fee unit (DFU), I had expected the World University Service of Canada (WUSC) to be well versed in rolling out an accessible platform for their referendum fee. Especially with the stakes even higher as they look to almost triple their mandatory DFU from $0.52 to $1.50.

This was not the case. Their platform was virtually nonexistent online. There was no website and their social media painted hardly any insight into how exactly the fee money will be allocated as it goes towards the Student Refugee Program (SRP).

It was only at the elections forums that representatives spoke in greater detail about the fee’s allocation, explaining that the fee will cover airfare, rent, food, textbooks, courses, laptops, and other living expenses such as winter clothing and phones for refugee students. Damon Bectell, the WUSC representative at the Myer Horowitz Forum, also mentioned that the fee is being increased to improve funding for refugee students at Campus Saint-Jean (CSJ).

However, word of mouth campaigning is not substantial enough. I wished that their forum points had crossed into platform points. And that they’d had a more publicly accessible platform for students to begin with.

Even though WUSC’s fee is looking to almost triple this year, it’s still only going to end up being $1.50. That’s less than a cup of coffee, as WUSC representatives pointed out multiple times at the election forums.

We live in a turbulent world, something that has been apparent with all the conflict occurring in Ethiopia, Eritrea, Sudan, Mozambique, Tanzania, and Russia’s recent invasion into Ukraine. WUSC has a history of targeting their efforts to countries that are undergoing a refugee crisis.

WUSC’s vote has historically passed with a relatively high success rate and I expect very little to stop the vote from passing this year.

The truth is WUSC left a lot to be desired in their campaign this year, seemingly banking on a lack of inquiry and an instantaneous ‘why not’ from students in order for it to pass. As most forums ended with no questions to WUSC, their presence remained minimal rather than striving to build a stronger campaign that effectively explained the value proposition of their fee.

However, I believe that WUSC is taking on vital work. The Student Refugee Program (SRP) gives refugee students the tools to build themselves a better future through access to immediate permanent residency and a university education.

While I wish I could say “no” so that there’s repercussions for poor campaigning, WUSC’s funding is bigger than themselves. The SRP is invaluable and has the potential to change countless lives with their sponsorship of refugee students.

We should all be willing to forgo a cup of coffee per year over the next 5 years to fund the SRP and aid WUSC in bringing in seven undergraduate students to come study at our university. It’s a yes from me.

CORRECTION: The article was updated at 5:02 p.m. on March 9 to reflect that Student Legal Services has “hit the bottom of the barrel” for the services they provide. A previous version stated that they served less students. The Gateway regrets this error.

(She/her) Taylor the 2022-23 Opinion Editor at The Gateway. She previously served as a Deputy Arts & Culture Editor. She was a double major in English and History, and is now pursuing an After-Degree program. She can often be found at the end of a trail of half-filled coffee cups, curled up with a book and piles of yarn. 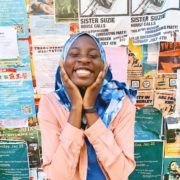