The University of Alberta staff associations have filed a joined Alberta Labour Relations Board (ALRB) complaint against the university for failing to formally include them in restructuring committtees.

In a statement released on both the Non-Academic Staff Association (NASA) and the Association of Academic Staff University of Alberta (AASUA) websites, the staff unions shared that they have filed a formal complaint with ALRB, an independent party that ensures the proper application of Alberta’s labour laws.

In this complaint, the unions have asked ALRB to compel the university to include them on both the U of A for Tomorrow (UAT) academic and administrative restructuring committees — the Academic Restructuring Working Group (ARWG) and the Service Excellence Steering Committee (SESC) respectively. These committees are responsible for creating a new academic and administrative structure for the university, which will ultimately guide the decisions of the Board of Governors (BoG).

The unions believe that by not having a seat at these committees, they are unable to properly represent the concerns of their workers, which translates to a possible breach of Alberta labour laws.

ALBR complaint born from repeated refusal to include unions

Posted on October 14, the statement signed by Ricardo Acuña, AASUA president, and Elizabeth Johannson, NASA president, explained that the ALBR complaint was the result of university administration continuously refusing to include representatives from both parties onto the committees.

“NASA and AASUA have made multiple formal and informal requests over a period of many months to be included on the two University of Alberta for Tomorrow restructuring committees,” the statement read.

“Despite the extreme impacts that the decisions made at these committees will have on our members, university administration has denied all our efforts to gain access to these committees.”

The statement claims that the university has refused the unions’ inclusion because both NASA and AASUA have representatives on General Faculties Council (GFC) and BoG.

However, NASA and AASUA insist the two academic bodies are not proxies for seats on the academic restructuring committees — its not enough nor the proper representation needed by the unions.

“While the individuals holding the seats reserved for the campus unions on those bodies have been working hard, they are also bound by the rules of confidentiality and cannot share with us information from closed-session meetings.”

“Furthermore, GFC will not even be given the opportunity to review or make recommendations about administrative restructuring… prior to BoG voting on it’s implementation.”

According to the statement, the one-on-one meetings between U of A President Bill Flanagan and union representatives are also not enough, describing them as “short, informal meetings where no detailed or in-depth information and data about scenarios, options, and financial impacts is shared or discussed.”

In a statement responding to NASA and AASUA, the U of A believes the ALRB complaint paints a one sided story of the situation.

“The complaint sets out the Unions’ unique version of events and interpretation of whether a breach of legislation has occurred,” the university said. “The ALRB will ultimately decide whether the complaint will be upheld or dismissed as being factually or legally incorrect, or both. In the university’s respectful view, it is both.”

The university called the statement a “subjective, factually incomplete, and legally incorrect account,” and clarified what they believe is the true purpose of the ARWG and SESC.

“The ARWG and SESC (which are the apparent focus of the Unions’ concerns) were designed and are intended to be working groups focused on obtaining critical information and feedback from individual academic and non-academic staff, students, and administrative leaders.”

The university’s statement also pointed out the Staff Advisory Team (SAT), which collects restructuring feedback from university staff, was created fairly through nominations from faculties and support units.

Though SAT is supposed to facilitate consultation between staff and ARWG and SESC, the university also emphasized that none of these committees are the right place to address employment cuts.

“The University is not using the ARWG or SESC or SAT to engage in discussions regarding terms and conditions of employment directly with the Unions’ individual members, nor is there any desire to do so. As is normal practice, any negotiation-focused discussions will be carried out between the Board of Governors and the Unions as bargaining agents.”

The university said it is still committed to meeting one-on-one with the unions, allowing the restructuring committees “to continue their decidedly different work.” 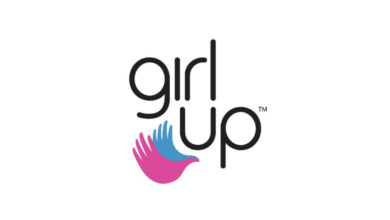 Girl Up Alberta, a political organization, starts new club at U of A