I’m the first to admit that I’m not the biggest fan of cheesy romantic tropes, perhaps to a fault. I think big white weddings are expensive and impractical, and the idea of an elaborate proposal makes me shudder. Don’t even get me started on unnecessary love triangles.

But fewer tropes annoy me more than the pre-destined soulmate. The idea that your perfect match is waiting somewhere out there for you, and you just have to find them and your life will be complete forever, is absolutely everywhere. From Disney films watched in diapers to romance novels read in dorms, the soulmate colours our perception of love across our entire lives. True love, we are told, is a feeling, and we will know it when we find it. Time will slow down, the orchestra will swell, a rosy haze will descend upon your visual field. Your beloved will waltz into your life for keeps, and from then on, you will be happy.

This might not seem like a big deal — after all, most adults realize that Cinderella isn’t exactly a realistic love story. But it has more of an influence on our decisions than you’d think. According to a survey by Match.com, 75 per cent of Canadians believe in soulmates. How much that belief affects one’s approach to relationships varies widely, but the idea can drive some truly poor decisions. I’ve watched friends impulsively dump partners because they were worried that they weren’t with “the one,” only to regret that decision later. One person I know believed that she had found “the one,” and stayed with him long after she should have kicked him to the curb. And still other friends have become cynical about love altogether, wondering if their special someone will ever materialize.

Personally, I don’t think soulmates exist. No partner is ideal, no matter how great they are. But let’s assume they do for a moment. Even if soulmates do exist, the chances of finding yours are very slim, as one online tool demonstrates painfully well.

Less Than One is a short film project and calculator designed to roughly estimate the probability of finding your ideal match, taking physical location, age, sexual orientation, and a few other factors into consideration. For the sake of argument, I took the test myself.

You start by choosing your nearest major city. Less Than One tells you that city’s population. You enter your age. Less Than One presents you with a new number: the population of the city around your age. As you answer more questions, the number of compatible people slowly dwindles. In some ways, I had an edge: I’m a young adult (which means that a third of Edmonton’s population is about my age), gender makes no difference to me, and looks are only moderately important. But when all was said and done, only 870 people — or 0.0008 per cent — of Edmonton’s population would meet all my standards for a soulmate.

So is love dead forever? Will none of us ever find someone who makes us happy?

Well, no, I don’t think so. But I do think we need to accept that our cultural obsession with finding “the one” doesn’t really have a basis in reality. We need a more practical approach to love, one that doesn’t rely on red strings of fate or the whims of the stars. Instead of hoping to find a predestined soulmate, we should focus on building valuable relationships with people we choose to commit to. The odds of finding the perfect partner don’t have to determine our odds of romantic success if we reject the idea of finding a “soulmate” in the first place. We have more agency in our love lives than I think we give ourselves credit for, and with the right person, building a beautiful relationship is definitely possible — no destiny required.

This way of thinking would mean accepting a few things — imperfection, challenges, sacrifices — but it would be worth it. Love should be something we build with the people we choose (and who choose us back). 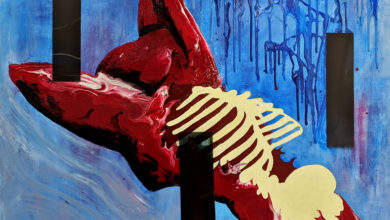