The carbon tax and the minimum wage are driving rental rates upward next year.

Though national inflation rates are only up by 1.5 per cent this year, Vice-President (Facilities and Operations) Andrew Sharman said rental rates need to go up by 2.7 per cent because Alberta’s minimum wage is rising to $15 per hour. The province is also introducing a carbon tax, which will impact the university’s costs.

The board also approved rental rates for the Peter Lougheed Leadership College (PLLC): $1,470 for a one-bedroom dorm and $1,345 for a two-bedroom dorm. The PLLC residence will have the highest one-bedroom rate on campus. 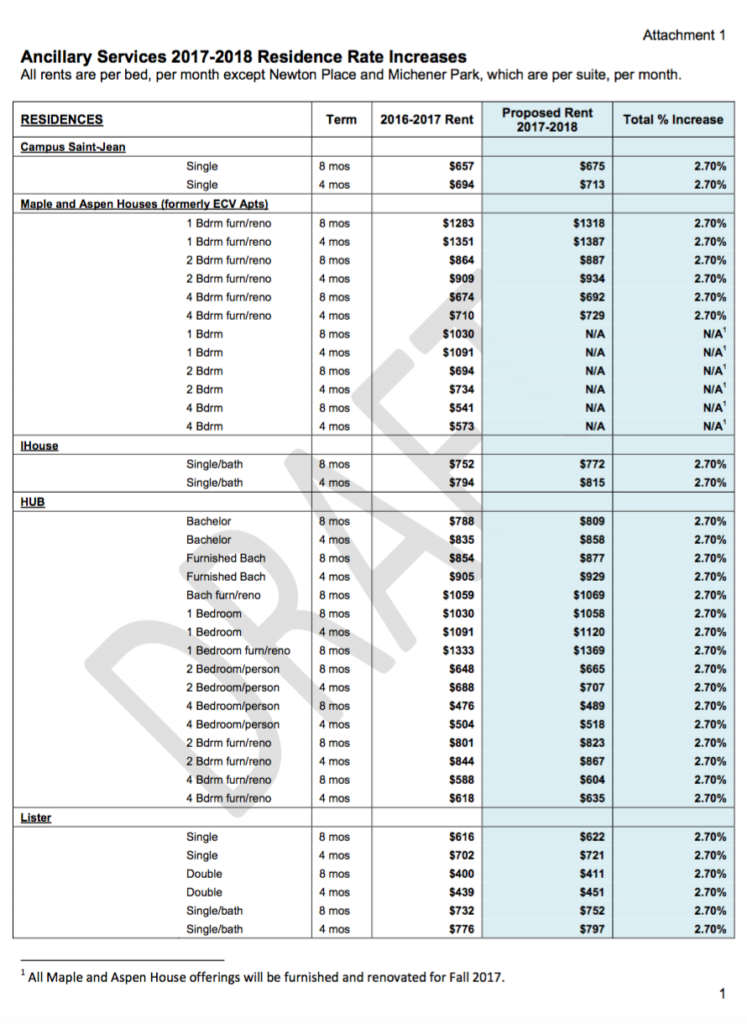 Sharman said Graduate Student Residences are going up at a rate of three per cent because their buildings were debt-financed, and the university needs more revenue to pay off their construction. He said that rental increases need to be made on a consistent basis so that they keep up with inflation and maintenance costs.

“(Adjusting rental rates) is a challenge in the current economy … But if we don’t request the rates to increase for a couple years, then coming back with a 10 per cent increase is more palatable,” he said. “It’s important to keep (rates) moving higher. I accept that it’s painful but the majority of this is a result of debt financing.” 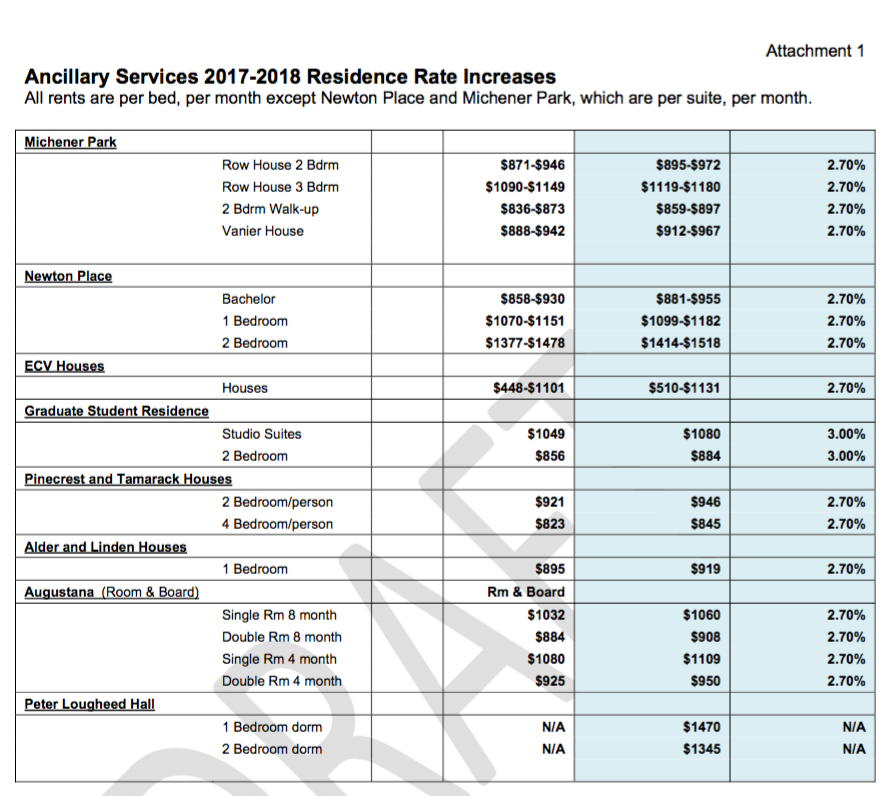 Vacancy rates in 2016-17 are up compared to previous years, which Sharman said is a concern. This year, 91.5 per cent of beds in residences are occupied; last year, about 92 per cent of beds were filled. Sharman attributed the downturn in renters to Alberta’s economy — more students might be moving in with parents to deal with a downturn in jobs.