A letter from the Sociology Graduate Student Association (SGSA) executives to the University of Alberta administration has called the delay in receiving fall contracts an “absolute, undeniable failure of the university’s management.”

The letter, sent out Friday morning, raised that some graduate students had yet to receive their contracts and were worried about not getting paid on time for September. The letter claims this is a result of restructuring towards a centralized model where Shared Services issues contracts, rather than the departments themselves.

The university has since stated that all students will be paid on-time for the September period, and appointment letters will be sent out this week.

Ping Lam Ip, president of the SGSA, explained that he had been waiting since July to hear from Shared Services about receiving a contract for his graduate position. As August rolled around, he asked if others had received their contract, and got mixed replies.

Ip noted the lack of specific contact information on the Shared Services website and long phone wait times when asking for help. “I don’t know why they make this whole system so inaccessible,” he said.

Ip noticed that students had not received contracts at the start of term, for positions that began on September 1. “That’s how we came to realize the seriousness of this problem,” Ip said.

Andrea DeKeseredy, a sociology graduate student and the former president of the SGSA, added that students began coming to them to express their concerns.

“We were hearing from students that they were increasingly worried and scared about the situation and the lack of communication about the contracts.”

Ip explained that the process for receiving contracts has changed under the centralized Shared Services model resulting in more back and forth and longer waiting times. “Before this whole restructuring happened it was just … one email, two documents — one month before the contract starts.”

University assures that all graduate students will be paid on time

The SGSA received a response to their letter from Todd Gilchrist, vice-president (university services and finance) in an email on Friday afternoon. “I would like to be clear, this is the first pay cycle of the fall term and there has not been anyone that has not been paid,” said Gilchrist.

“There is adequate time before the cutoff for our teams to confirm appointments and ensure those with graduate assistantship and graduate academic teaching appointments are paid on time. Pay days are September 23 and 29 respectively.”

Gilchrist clarified that all graduate students should receive their appointments “early next week.”

In response, Ip said the email claims “that they have done nothing wrong.”

“I would say that, that email is making an excuse, because all employment contracts should be rolled out well before the employment starts.”

Ip explained that the ramification of receiving a contract after employment starts is not fully knowing the conditions of that employment.

“What if, in the past two weeks, when there were no contracts, a student was asked to work for 15 hours, and then later on, they get a contract, saying that, the maximum number of hours is like 12 — who is going to pay for that three hours?”

The comment said delays are “due to the busy Fall season” and that “while the university is in a period of transition we do not anticipate any impacts to graduate assistant pay or assistantships.”

DeKeseredy expressed her disappointment with the lack of public response of the Graduate Students’ Association (GSA).

Ip added that without a public show of support from the GSA, he feels the executive of the SGSA are more vulnerable. “We don’t even know if we will face any retaliation from the university,” he said.

Anas Fassih, president of the Graduate Students’ Association, said that the GSA was unable to reshare the SGSA letter or issue their own statement because of their focus on internal communication about who had not yet received their contract, and the quick progression of the issue.

“It was important for us to really make sure that graduate students are actually paid. And also in terms of timeline, things were very fast, the letter went out on Thursday, and on Friday the issue was resolved.”

Fassih said that in order to issue a public statement, the GSA would have to go to their board for a collective decision and stance to be made.

“Our advocacy approach is always to work with what exists. And right now, restructuring has passed, and restructuring is in place,” he said. “So what we are trying to do is to make sure that this restructuring does not impact the academic experience of graduate students.”

He also praised the advocacy work that the SGSA did on these late contracts.

“I think it takes a lot of courage to reach out to university administration with that email,” he said. “I think there is going to be less burden on the GSA … and I think some grassroots advocacy also pays off.”

Fassih said that while the GSA was unable to issue a public show of support for this issue, it is an opportunity to change their practices.

“We do also apologize [that] our advocacy approach … did not come to the liking of graduate students [in] sociology,” said Fassih. “I am under the impression that at least some did not like that. And I appreciate that. I will take that internally to the board and also to the council and see how we can actually work together to improve our practices.”

In a comment from Jennifer Laughton, president of the Association of Graduate Anthropology Students (AGAS), the association executive expressed their solidarity with the SGSA “in calling upon the [U of A] and President Bill Flanagan to improve contract services immediately relating to academically employed graduate students.”

Laughton explained that the anthropology graduate students were able to avoid delays in receiving contracts. This she claims is due to the fact that their graduate coordinator prepared them “months in advance to make sure [they] would be contracted and ready to go.”

DeKeseredy emphasized that the SGSA letter and grassroots approach showed success for them.

“Moving forward, that is going to be our strategy instead of going through the GSA. We’re going to take a more grassroots approach, a more direct approach,” said DeKeseredy. “In response to that letter, we did have some success. Some contracts went through as a direct result of the letter that we sent and we’re very happy about that.”

DeKeseredy also highlighted how contract delays fit into a broader picture of academic restructuring at the university.

“I think the second goal of the letter was to bring awareness and a broader understanding of how restructuring into this neoliberal business model at the university is impacting the students in a negative way.”

Correction: At 9:17 p.m. this article corrected a typo in the spelling of Ping Lam Ip‘s name. A previous version of this article incorrectly identified him as Pin Lam Ip. The Gateway regrets this error. 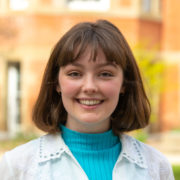