Two years after the founding of the University of Alberta, The Gateway was born.

The first issue of The Gateway was printed November 21, 1910, establishing itself as the oldest university paper in Western Canada (Brandon University’s The Quill published their first issue two months later). Being situated in Edmonton, commonly known as “The Gateway to the North,” the founders of The Gateway saw the University of Alberta and their newspaper as a “gateway” to opportunities for this geographic region.

“There is something unique about our position in this institution, the university farthest north in America and farthest West in Canada,” said The Gateway staff in the first issue.

In the 112 years since its founding, The Gateway has been front and center for the most significant events facing the university, province, and country – the same year The Gateway was founded, a typhoid outbreak struck campus.

Much like The Gateway of the past two and a half years, The Gateway of 1910 wrote an editorial calling for measures to be taken to protect students’ health,and argued that “present conditions point to the need of some protection for students who may be stricken down by such epidemics in the future.”

The following year, two Gateway editors contracted typhoid, which led to only six issues being published that year. The Gateway also experienced disrupted publication in 1914-1918 due to influenza outbreak, meaning The Gateway has survived not one, not two, but three pandemics!

The Gateway has also played an important role supporting student journalism in Canada. The Gateway was a founding member of the Canadian University Press (CUP), the association of student newspapers across the country, in January 1938. The paper was represented by Editor-in-Chief Duncan Campbell in the founding and helped produce the collective’s constitution.

“New Year’s Eve in the Manitoba metropolis, seventeen editors, head men on college papers from the Atlantic to the Pacific put their heads together and gave birth to the C.U.P..”

The Gateway goes on Strike

For years, The Gateway selected a new Editor-in-Chief each year through an election by staff. The newspaper, however, was not yet independent from the Students’ Union and the UASU Personnel Board was responsible for the final decision. Typically, the board respected the choice of Gateway staff and hired their choice of EIC as a convention.

In 1972, the UASU overruled The Gateway‘s selection of Ron Yakimchuk, who had been with the paper for five years, and selected Terri Jackson, a student who had never done work for The Gateway. Jackson applied on the basis of changing the consensus-based structure of the organization and the need to focus on local campus news. However, her appointment was met with a backlash from The Gateway staff, resulting in staff unanimously deciding to go on strike.

The strike featured a petition, picket line, and a rally, and The Gateway received messages of support from students, faculty, and other community organizations.

“If you care about your paper, even with all its deficiencies, and do not want an uncritical Student Council mouthpiece, you have a chance Friday to guarantee our right to publish unhindered by petty bureaucrats and power-trippers,” wrote the staff in a special strike issue of the paper.

The UASU carried forward their decision despite protests. This conflict ultimately resulted in all members of that year’s staff resigning and starting their own newspaper called the Poundmaker, housed a block off campus, which lasted until 1974.

During the strike, the former Gateway staff received support from other student papers who viewed the situation as SU overreach and a threat to a free press on campus. As a result of the UASU appointment of this EIC, The Gateway was expelled from CUP by request of the former staff.

The Gateway continued to print the following school year, without any of the institutional knowledge of previous staff. It wasn’t until fall 1975 that the paper started publishing as a member of CUP again. Over the years, new generations of staff joined The Gateway and worked to revitalize The Gateway’s focus on independent journalism — but never forgot the limitations of being owned by a third party.

The Autonomy and Magazine Era

Fast forward over thirty years, and The Gateway ran a successful campaign to achieve independence from the UASU in the spring of 2002. 71.4 per cent of voters chose to support The Gateway as an independent publication separate from the Students’ Union. Students committed to paying a fee to support this independence, at $2.50 per semester for full-time students, and $1.25 for part-time.

Allowed The Gateway to become a registered non-profit, hire its staff without the UASU’s involvement, and manage its own finances to better fulfill its mandate as the community’s media outlet.

But more importantly, it gave the paper autonomy to cover all aspects of campus life, without facing conflicts of interest or undue interference.

“Finally, we’re free to pursue [our ideas] without having to go through miles of red tape and a mountain of bureaucracy,” said former EIC Dan Lazin.

The next big structural change for The Gateway was the introduction of a monthly magazine, rather than a weekly paper in 2016 — otherwise known as the “swagazine era.”

The Gateway published its “the end of an era” paper on April 6 — the last printed newspaper (until now!). The issue featured years-worth of alumni tales and renditions of their time publishing the newspaper.

The following year, The Gateway lost its DFU, necessitating a reassessment of the organization from the ground up. The Gateway became an online publication, staffing was reduced to make a more lean and nimble editorial team, and new revenue sources were pursued by the business management unit — all with a focus on continuing to provide journalism by students, for students.

The Gateway has proudly served the students of U of A for 112 years and continues to carry forward that legacy. This paper has survived pandemics, strikes, cuts, and immense changes of all shapes and sizes since 1910; most importantly, it is still around today because of the dedication and hard work of generations of university students.

The first issue of The Gateway wrote “​​We believe that this journal will fill a real need and that it will more and more make its influence felt as a factor in student life” — not only do we believe this to be true today, but we see it also as an aspiration to live up to tomorrow

This print edition of The Gateway is about tapping into our roots, showing what we are capable of, and telling stories that matter to students. Through all the changes we have gone through, we truly believe we are at the beginning of a new chapter of The Gateway.

Welcome to the legacy era! 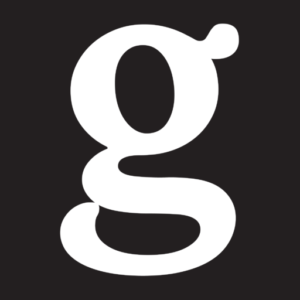 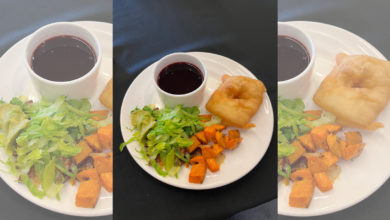 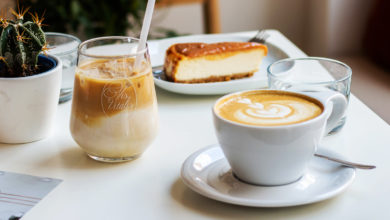 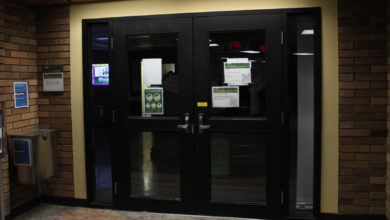 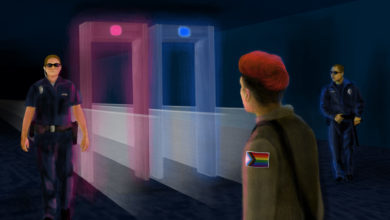 September 10, 2022
Subscribe To Our Newsletter
Donate
Right now, The Gateway is free to read — but without your support, it won't always be this way. To help keep our reporting free and accessible for all, donate today to help fund student journalism on campus.
A little bit truly goes a long way.