Although the COVID-19 pandemic has been hard on all of us, kindness can go a long way, touching peoples’ hearts and changing their lives for the better. No one exemplifies this more than Sandy Moser.

OMA is a documentary that highlights the story of Sandy Moser, a retired nurse who wanted to give back when she saw the hard-hitting effects of the pandemic — particularly on the theatre community, which she says “saved [her] life” after the death of her husband.

Moser’s original goal was to make 973 masks — one for each show she has watched — to donate to various parts of the community, including theatres and The Unity Project. However, at the time of the documentary, she had almost made a whopping 3,000. Now, Moser is on her way to 4,000 masks.

Instead of receiving money for the masks, Moser asks that the money be donated to charities instead. Moser’s suggestion is “any of the small theatre companies.”

Melanie (Mel) Bahniuk, a producer for the documentary and a University of Alberta alumni, highlighted Moser’s caring personality, connecting it to Edmonton and the integral part the arts community plays in the city.

“It’s just such a Sandy [Moser] thing to always want to give back to the community in one way or another,” Bahniuk said. “I think that really represents Edmonton and the city that we live in.”

Bahniuk also explained that OMA was chosen as the name for the documentary out of all the descriptors Moser used to describe herself, because it was what Griffin Cork, Moser’s grandson, called her. Cork is also the director and a co-producer of the documentary.

Despite Moser’s insistence during introductions that she’s “not important,” OMA was filmed to show the impact that Moser has had on the community.

“She really matters and a lot of people really, really care about her,” Bahniuk said. “We wanted to highlight how important she is to some of the people in the community because in a sense, she’s everyone’s grandma.”

“She comes to these [theatre] shows, she knows everyone in them, and she’s there to support them and root for them. It makes you feel like there’s always a family member in the audience and someone there to support you.”

This sentiment is reinforced throughout by the other community members featured in the documentary.

“The thing about Sandy [Moser] for me, is that I really feel like she’s family,” one mask recipient said.

Moser’s impact stretches beyond the reach of a local theatre community. In fact, she’s taken up a rivalry with Naheed Nenshi, the former mayor of Calgary. As the two compete to see who’s seen the most plays, Moser’s playful personality shines through.

The connections Moser has made with an entire network of people not just in Edmonton, but around Alberta, showed Bahniuk and Cork the overarching importance of telling Moser’s story.

“[Conducting the interviews] was my favourite part because it really solidified with Griffin [Cork] and I … the reason why we were making this documentary,” Bahniuk said. “We knew that it was going to show just how important she was to so many people, not just to the theatre community, but in the whole landscape of Alberta.”

Bahniuk explained that the hope for OMA‘s impact is to inspire others to take the first step and do something to give back to their communities.

“I hope it inspires people [to understand] that any little thing you can do to give back to your community is always going to make a larger impact than you think it will,” they said. “[Moser’s] an avid theatre supporter, but she’s also a mom and grandma. She takes all of those titles of herself and molds them into one thing to give back to [everybody] in the community.”

At the end of the documentary, Moser gives advice to the viewer — to find what makes them happy. 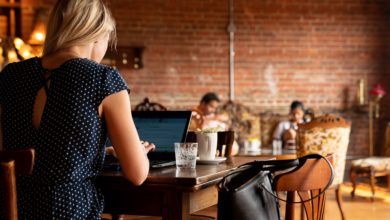