Any travel plans we had for the summer may have been cancelled, but we were still able to explore the little gem that is Drumheller.

If you don’t believe in time travel, drive two hours southeast of Edmonton and you’ll eventually reach Alberta’s badlands. Driving through the weather-worn coulees, you’ll find yourself among the remnants of when dinosaurs roamed the Earth.

Antique shops filled with small treasures from generations ago. The world’s largest dinosaur statue. A tiny church in the middle of nowhere. Hoodoos formed by millions of years of weathering and scenic canyons — These things make up the magic of this little town called Drumheller.

Captured using a Canon A-1 on Kodak Gold 200 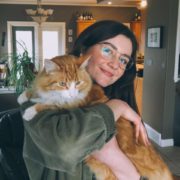 Hi! My name is Sofia and I’m really excited to be working as The Gateway’s Art Director for the upcoming 2020-21 school year. I’m going into my fifth and final year of working towards my Bachelor of Design in Visual Communications Design. In my spare time, I like to take care of my plants, annoy my cat Napoleon, dabble in film photography and tend to my nearly unhealthy obsession with noodle soup. 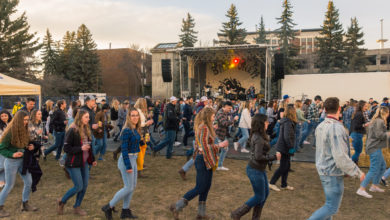 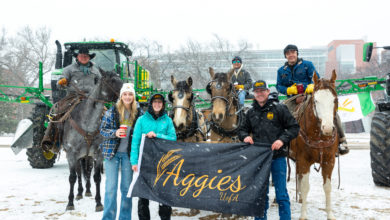 Photostory: U of A Agriculture Club hosts parade ahead of Bar None 74

April 2, 2022
Subscribe to our Newsletter
Donate
Right now, The Gateway is free to read — but without your support, it won't always be this way. To help keep our reporting free and accessible for all, donate today to help fund student journalism on campus.
A little bit truly goes a long way.