During most years, The Edmonton Folk Music Festival is a live music festival with seven stages simultaneously running that draws out 20,000 attendees every day of its duration.

In response to restrictions Alberta Health Services has imposed on public gatherings due to COVID-19, event organizers for the 2020 Edmonton Folk Music Festival created The Hill at Home. The event gives people a weekend of music and activities available online, that will allow fans to recreate the festival at home.

Fans will be able to watch and relive songs from past festivals performances, track down their favourite beers and ciders in stores closest to them using Big Rock Brewery’s beer finder, enjoy a weekend of programming on CKUA, and much more.

The idea for Hill at Home originated from feedback from festival goers. Since the festival is not being hosted on the iconic Gallagher Park hill, the festival’s organizers decided to bring the experience to everyone’s backyard with programming that will make them feel like they are once again united on the hill.

“The festival is a fresh start for people moving into the fall. When we had to cancel, we had to take time to grieve,” Muffy McKay, the Communications Manager for the festival, said. “People came forward and said that they were going to [have the festival] anyways. They were going to sit in their backyard, get festival food, have their beer gardens.”

The beauty of the Edmonton Folk Music Festival has always been the community, and although many aspects of the festivals will be missed this year, the virtual festival is a valiant effort from the organizers to remind fans that the festival is all about coming together and enjoying life, even when it’s not what anyone anticipated.

“This is a festival special that will allow the audience to enjoy their hill at home, whatever that may look like for them. It is a portal where they can find all kinds of things to recreate a festival at home,” McKay said. “It will have links to recordings of past performances, Spotify playlists and links to festival food vendors who are open for take-out or delivery.”

The festival’s organizers also want the event to cater to everyone. The festival will feature a downloadable colouring book from Pulp Studios and fans will be able to share their creations using #hillathomefamilies.

“Edmonton Folk Festival is also a family event. There will be guides to festival crafts that people will be able to download,” McKay explained. “All of this has the final motive of getting people to share their Hill at Home with us and win some prizes”.

The festival has introduced engagement prizes in partnership with Big Rock and festival vendors which will include festival swag and four passes to next year’s Folk Festival. The festival also wants to support local artists and vendors by opening an online artisan market, and selling various artists’ records online through Capital City Records.

“There are really tough times for the local vendors, and we are trying to let our audience know what is happening with local artists by sharing live streams, small concerts and other events,” McKay said.

The Edmonton Folk Music Festival may keep some versions of The Hill at Home in their future programming to make it more accessible.

“Everyone has had to reassess how things work, and some things may stick even when we go live again. There may be some elements that may be added to allow people to have their Hill at Home in the future as well,” McKay elaborated.  “But we will be reunited on the hill again soon”.

Links and programming go live August 7. Anyone can access the festival free of charge through edmontonfolkfest.org. 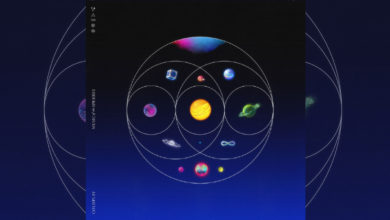