During the first SU elections forum of the year, both of the candidates for vice-president (operations and finance) faced an array of questions from students at Lister, with topics including improving the Students’ Union Building, making a more environmentally sustainable SU, and creating new revenue sources. However, despite the diversity of questions, Alana Krahn and Samatha Tse justified almost every answer they gave on one thing: the passing of the sustainability and capital fund.

The Sustainability and Capital Fund (SCF) is a proposed $25 fee that would go towards helping the SU address deferred maintenance and sustainability issues. First proposed last October, the fee would establish a capital investment fund that would be used to invest in SU-controlled spaces. The fee itself needs to pass a student referendum this year before being implemented, with members of the current SU executive acting as spokespersons for the campaign.

The fund itself is a brilliant idea, given long-term issues over deferred maintenance on campus, growing student concerns over environmental issues, and a provincial government handing down significant cuts to postsecondary institutions. What’s far from brilliant, however, is the VP OpsFi candidates making many of their promises contingent on the SCF passing, betting their future success — and that of the SU’s — on a referendum outcome that neither candidate can assure.

If students chose to reject the SCF, there are many goals that both Krahn and Tse would have to scrap. In fact, the SCF was mentioned in responses to three of the five questions asked at the forum. It was the first thing Tse mentioned when asked about how to make SUB more appealing for students, and Krahn further mentioned it when talking about ideas on how to improve the Myer Horowitz Events Centre. The fund was mentioned yet again in regards to making the SU more carbon-neutral.

All of the issues that these questions addressed are legitimately concerning for students, and deserve to have answers that aren’t based on funding that the SU may not have in a year. One only needs to look to the failed Student Events Initiative to see why this wouldn’t work. This Initiative from 2018 was a similar proposal to the SCF, which would’ve seen students eventually paying a $16.50 per semester fee to pay for renovations in SUB and the Myer Horowitz, as well as providing the SU with an additional $200,000 for events and programming.

However, despite varied efforts of the SU, the Student Events Initiative failed to pass the referendum needed to establish the fee. This left the SU with insufficient revenue to address maintenance on campus, once again ensuring deferred maintenance continued to be an issue. This should make any candidate hesitant about banking promises on the SCF passing, especially when one considers that the fund is more expensive than the Student Events Initiative — making it more likely to fail.

If either Tse or Krahn are serious about addressing the issues facing students and becoming a successful VP OpsFi, they need to find different ways to assure their policy promises get achieved. After all, if history repeats itself, betting on the SCF passing will only be to the detriment of students. 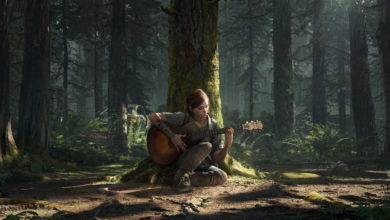