From karate to kickboxing to judo, martial arts make up a sizeable chunk of the many programs offered by the University of Alberta’s Campus and Community Recreation. But at the U of A, and in martial arts more generally, men tend tend to make up the majority of participants in classes. It varies between each martial art, with some classes’ demographics coming closer to parity, but oftentimes a class of 10 to 15 students may have only two or three women in it.

What attracts these women to martial arts? For the women I talked to, it’s a way to gain a sense of confidence and control, to learn how to utilize one’s body to successfully counter attackers who may outmatch you in size or strength, and to break stereotypes about the docile woman.

On the faded mats of the Research Transition Facility (RTF) Gym, the students of the U of A’s Brazilian jiu-jitsu (BJJ) club prepare to engage each other in combat. One of these students, Sofia Karabatsos, faces her partner with a relaxed but focused look in her eyes. They gently nod to each other, smirking knowingly. They’re anticipating what’s coming next: one of them will make a mistake, one will pin the other and emerge victorious.

They begin weaving and spinning around each other, slipping out of dangerous positions while trying to get their opponent into one. After minutes of stalemates and slippery escapes, Karabatsos finds something she can work with. There’s an explosive burst of energy, and suddenly she has her partner in an arm bar, holding his elbow joint in a position where she could easily hyperextend it.

She isn’t going to break his arm, though. He cries out in a mix of shock and laughter, realizing that she’s outsmarted him. When they rise, he’s ecstatic, complimenting her technique, expressing his confusion at how he ended up in the lock.

Karabatsos is a master’s student in cell biology, researching the ecology of bighorn sheep. She’s one of only two girls in the class.

“I hope I inspire girls to know it’s not just about size.”

She is also a black belt in Japanese jiu-jitsu, an achievement resulting from six years of attending class three to four times a week. She began martial arts eight years ago, quitting ballet in pursuit of something with more energy and contact. Her father took her to a dojo in Ottawa, and she fell in love immediately. It wasn’t just the combat that drew her in; the intimacy of the sport also provided a unique gateway to friendship.

“It’s funny how it works,” she says. “I think that because people are training together in a defensive context, they’re out there to help each other. There’s a lot more trust, more give and take.”

As a martial art, BJJ is ground-centric, focusing on subduing the opponent using grapples and joint locks. There’s no use of strikes; in fact, most of the time, BJJ practitioners “roll” with each other starting on their knees. Each combatant wraps and slides over each other in a serpentine manner, reacting to shifts in position, seeking the opportune moment to constrict their opponent.

“It’s all about staying calm and treating it like a chess game,” Karabatsos says. “They do something, you work with that.”

This strategic manipulation of momentum and muscle is why Karabatsos loves BJJ so much: by working with instead of against your opponent’s strength, you can be the tiniest person in the room and still defend yourself.

Another girl in Karabastos’ class confided to her that she often felt intimidated to come train, afraid that she’d be tapped out immediately by the men in the class, many of whom are physically stronger and more experienced than her. As a black belt, Karabatsos hopes to act as a role model to women who share similar apprehensions.

“I hope I inspire girls to know it’s not just about size,” she says, “it’s about technique. Anyone can be able to compete with a guy in terms of martial arts.”

As a woman, Karabatsos’ experience in martial arts has been more positive than not. She found her first dojo in Ontario very open-minded. Her original instructor was female, and served as a guide to her. In Alberta, however, she’s begun to notice how she’s one of the few girls in her class.

But with role models to look up to, and as a role model herself, it doesn’t bother her much.

“If someone really likes the martial art, they’re going to go just to roll because they need that kind of intimacy in their life,” she says.

During other evenings, the RTF Gym is also home to the U of A’s judo club. At the beginning of class, students discard their warm up clothes and don heavy cotton gi, specifically designed to be easily grasped by an opponent’s hands. Some wear the traditional white, while others wear competition blue.

The students sit on the mats side-by-side, forming a line broken up by uneven white-and-blue stripes. At the call of the instructors, they bow into class, ready to prepare for the drills ahead.

Today is not an ordinary class, however. Today, Amira Aissiou is receiving her first-degree black belt after training for 12 years. Her original instructor, also a woman, is attending to commemorate the occasion. Aissiou just completed her bachelor of science in physics and biology, and now attends the U of A’s medical school.

In a symbol of partnership and cooperation, the three instructors remove Aissiou’s brown belt together, replacing it with a black one. Then, the entire class takes turns performing throws on her. About 20 students, including the instructors, slam her down on the mats in such a wide variety of ways that I lose track. While I gently wince at a couple of the throws, she beams the whole time.

Then it’s time for Aissiou to teach a technique to the class for the first time. She walks the class through a throw step-by-step, explaining each movement confidently, eventually lifting her demo partner effortlessly off of his feet and onto the floor.

After a few more demonstrations, Aissiou and I leave the gym to talk. She smiles thoughtfully as she recollects her first judo class, which took place at her local school in Spruce Grove. At 11 years old, she’d been seeking an extracurricular activity that would allow her to vent aggressive energy without harming others. A local judo club would rent out her school’s gym to hold their class, and it piqued her interest. Since then, she’s trained in several dojos around Edmonton. In high school, as she prepared for provincial competition, she practically visited a new dojo every day she trained. Each one was more than pleased to host her.

“It’s all about staying calm & treating it like a chess game.”

Like Karabatsos, Aissiou is one of the few female practitioners in her class. Despite this, she’s never felt alienated; she says every club she’s trained at, including the one at the U of A, has been incredibly supportive and encouraging of their female students. What’s kept her training for so long, she says, is the community, one in which everyone is invested in helping each other grow in strength and skill.

“I think for women, it’s really important to have something you can define yourself with, and for me, judo is that thing,” she says. “If it weren’t for me just saying, ‘I’m just going to try this, who cares?’ I wouldn’t be here.”

Aissiou finds great confidence and strength in this, as it has allowed her to defy the stereotype of the docile woman. The dojo also serves as a place where she can practice mindfulness, letting stress evaporate while she focuses solely on training. She credits it with helping her get through her undergrad.

“I think there’s a lot of stereotypes like, ‘Women should be in dance’ or they should be in gymnastics, not in combat,” Aissiou says. “I feel empowered because I’m not this useless thing that isn’t able to do anything.”

The U of A wado-kai karate club’s dojo rests quietly in a dance studio in the basement of the Education Building. While the dojo is the heart of the class, students practice cardio by running through the hallways, up and down the stairs, and through lecture halls. The building acts as a circulatory system, pumping students through its arteries and veins until they cycle back to the dojo. Once they return, students perform their kata, a series of choreographed strikes and blocks, defending against an imaginary opponent. When they finish, the cycle continues; they quickly exit the heart and run once again through the veins of the building.

Among the circulating students is Cheryl Weiss, a first-degree black belt. She’s a U of A alumna who graduated from the pharmacy program in 2010.

She’s more than just a black belt and a pharmacy grad, though. She’s Sensei Cheryl, one of my instructors in this karate class. Under head instructor Sensei Sean Bowen, she helps teach the techniques and core tenants of the art.

Weiss began practicing martial arts in 2013, while working at a pharmacy by the far east end of Whyte Avenue. One day, staff parking was moved to the back alley, an area the pharmacy shared with a liquor store and a Money Mart. Unsurprisingly, closing up shop at night and returning to her car made Weiss feel nervous.

For Weiss, martial arts has not only provided her with that sense of control, but a community of individuals pushing each other to flourish. The greatest challenge in wado-kai, she says, isn’t competing with your classmates; it’s about finding out how hard you want to push yourself and growing your potential.

Some of the women who’ve joined the class are stronger and more physically fit than the men, but that doesn’t matter; with such an intense focus on individual advancement, there’s no room for discrimination or judgement against anyone, regardless of their gender, background, or age.

“I don’t ever think I notice that I’m often the only girl in the class, and I don’t think the other participants notice either,” she says. “It’s not about gender; it’s about becoming the best you can be.”

This environment allowed Weiss to train until she was up to three months pregnant, and then return five weeks after giving birth.

“It’s not about gender; it’s about becoming the best you can be.”

Over her time at the U of A dojo, Weiss has noticed that some women have joined the class looking for a sort of weekend self-defense course. While you can’t learn to adequately defend yourself in a weekend, she says, that shouldn’t stop women from trying martial arts; they do, however, have to be prepared to commit to years of learning.

“You can start to build your confidence in a day or a class, [but] true skill comes over years and years of training,” she says. “It’s important to come into [martial arts] with that sort of long view.”

After we chat, Sensei Cheryl and I return to the dojo. I begin to work on my kata, and she observes quietly, scrutinizing every move I make with an impeccable attention to detail. Halfway through, she stops me, correcting me on where I’ve planted my feet. I thank her, carefully shift my feet two inches further out, and continue. 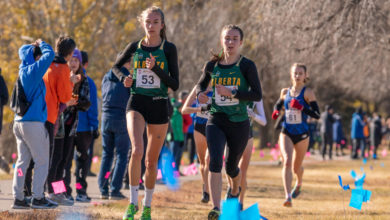 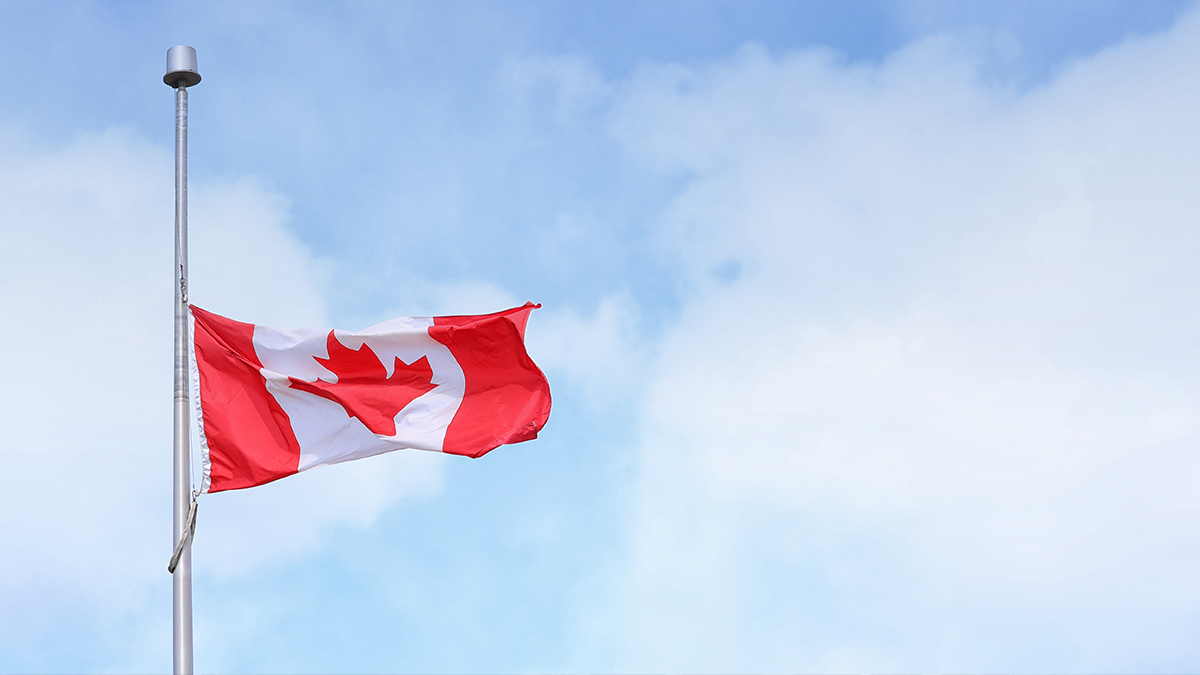 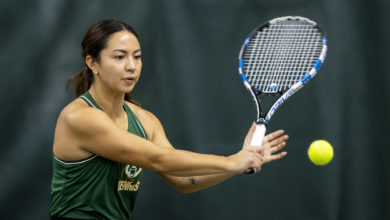 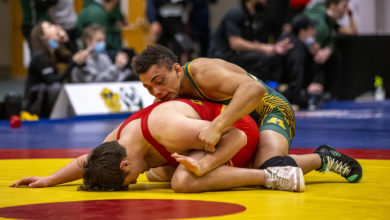 June 27, 2022
Subscribe to our Newsletter
Donate
Right now, The Gateway is free to read — but without your support, it won't always be this way. To help keep our reporting free and accessible for all, donate today to help fund student journalism on campus.
A little bit truly goes a long way.