University students looking to explore career pathways may find unexpected applications for their degree at the second annual employment festival in February.

EMP FEST is returning this February 5 to 9 to bring students a week of free events focused on career development. This year EMP FEST is no longer being run by Student’s Union and is instead making a comeback as a student group. The goal, however, remains to provide students a chance to develop skills such as resume writing, interview practice, and networking strategies.

The festival will feature four keynote events while hosting a networking and wrap-up party. These events will be interdisciplinary, meaning representatives from a broad range of industries will be invited to speak with students. EMP FEST will also include an event called Career Confessions, where employers will detail the trials and tribulations of their journeys to success.

This year, EMP FEST is being run by Mike Sandare again, last year’s Student’s Union vice-president (external) and a fifth-year political science student who created and ran EMP FEST last year as an event with the Student’s Union.

For Sandare, the inspiration to create EMP FEST stems from his background working as an executive with AIESEC, an organization focused on organizing global exchanges. While providing university students with international employment opportunities and engaging in them himself, Sandare realized how flexible his degree could be.

“I started my first year in sciences, now I’m in political sciences, and I taught Japanese students English in India,” Sandare said. “I realized that with university there are all of these skills that students gain and they’re able to apply them into different fields.”

With the help of his vice-presidents Katelynn Nguyen, James Wincott, and Avishta Seeras, Sandare is hoping to include students of all years, degrees, and facilities around campus, including Campus Saint-Jean and Augustana.

Sandare is also hoping the festival provides students with a chance to get creative and redefine the relationship between their degrees and the workforce.

“A big focus is on inter-industry collaboration,” Sandare said.“If you’re an art student and you want to talk to a scientist, go ahead.”

Last year students were critical of EMP FEST and questioned both its success and usefulness but Sandare believes the event went better than students believe. According to Sandare, 731 students attended the 24 events in-person, averaging 30 people per event. Through Facebook live, 503 students virtually attended the events, bringing the attendance total up to 1,234. Sandare also said the festival made Student’s Union $824 in revenue despite EMP FEST being a free event.

However, Sandare is open to the criticism and believes it’s helping improve this year’s event.

“One of the biggest pieces of criticism we saw last year was that marketing outreach happened a little bit too late,” he said. “So this year we’re starting sooner. We want to reach out to students sooner and make sure there is a bigger presence of the festival on campus.” 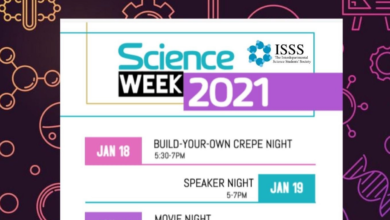