Don Iveson, Edmonton’s current mayor running for re-election, sat near the middle of the group, like the preppy kid on student council who inexplicably wears a suit to school (but who actually knows what’s going on). He literally sat up straighter than any of his twelve opponents — a varied bunch if there ever was one.

Candidates include Don Koziak, a former Wildrose candidate who has already admitted “I won’t be able to upend Don (Iveson),” Neil Stephens, who seems determined to build a fusion reactor in Edmonton, and Ron Cousineau, who emphasizes that “when this mayor goes to sleep at night in his bubble, a whole other crowd comes out at night to prey—and that’s spelt P-R-E-Y.” Two candidates, Henry Mak and Gordon Nikolic, were not present at all.

Much like high school student council candidates, most of the mayoral candidates have chosen to center their campaign around a single, pivotal issue. In place of putting lemonade in the water fountains or holding more school dances, candidates focused on the increase in congestion in downtown Edmonton, the exploitative practices of photo radar, and concerns about safety in the city. Bob Ligertwood spent his allotted four minutes focusing on the issue of an excavation site in close proximity to Inglewood School. Carla Frost dedicated most of her speech to “all women whose voices have never been heard.” Steve Shewchuk’s platform seems to be almost exclusively focused on reducing taxes. And in typical high school student council fashion, this race seems likely to boil down to a popularity contest. Iveson is definitely the best person for the job, but whether or not that is what will win him the election has yet to be seen. It certainly helps his chances that he has been in the public eye for the past four years as mayor, and for two terms before that as a city councillor. (His total dreaminess doesn’t hurt him either.)

With a pretty meagr forum turnout, and rows of empty chairs, it seems that lots of people are already prepared to sit this election out. Low levels of voter engagement almost guarantee Iveson a win, but a win that he doesn’t have to work particularly hard for. It’s important to hold our elected representatives accountable, even if they’re doing a pretty good job. So do your research. Maybe you’ll find yourself inspired by the promise of nuclear fusion. Maybe you’ll join in with the constant chorus of “cut taxes now.” There’s a good chance you’ll still think Iveson is the person best suited to run the city, but you should make sure that you really do think that before casting your ballot on October 16th. 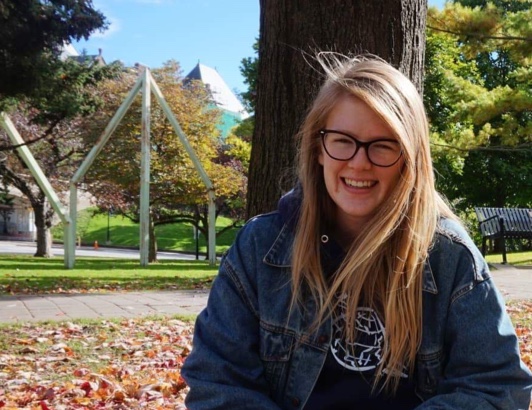