This is part four of a feature series about three Students’ Union experts’ analyses on who should and will win each race of the 2017 election, based on platforms, Q&As, and campaign performance. Opinions expressed do not reflect those of The Gateway.

There’s only one platform to vote or not vote for this election, and it’s Shane Scott’s.

In opposition to Scott is Banana, a hamster who somehow ended up in an election.

The fact that Scott’s running unopposed “sets a bad tone” for Allard.

“I don’t really know Shane, I’ve only seen him around campus,” he said. “There’s just this history that candidates running unopposed tend to not have the same amount of oversight.”

Unopposed candidates usually don’t have their platforms scrutinized to the same extent as in other races; once elected, they tend to not be followed as closely.

Looking at Scott’s platform, Chrysler said she was “underwhelmed.” Allard said the platform looked unexciting because it went unchallenged. To him, it was a standard, in-depth, Vice-President (Academic) platform — most of the job is spent continuing what has been done in the past.

Simao said this made sense, as the VP (Academic) role is the “least sexy.”

On the issue of syllabi, the panelists thought Scott’s idea of making a syllabus database accessible to students was interesting. However, Allard saw it as a lesser concern compared to other syllabi issues.

Allard pointed out that students also already have a resource to find out what courses are about: the U of A’s course catalog, and that provides access to some old syllabi. He saw a bigger problem in just the quality of campus syllabi.

While the platform echoed the work of this year’s VP (Academic) Marina Banister, the panelists thought that was okay — Simao said it wasn’t a terrible thing to re-hash the ideas of someone who did a good job in the role. 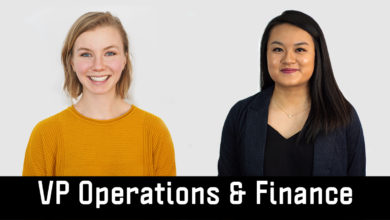