Though the media spotlight has shone brightly on many of the Liberal Party’s campaign promises, there is one that can not only be enacted relatively easily, but would also right a profound moral wrong.

After thousands were infected with the HIV virus via tainted blood transfusions throughout the 1970s and 80s, the Canadian Red Cross Society (then responsible for all blood products in Canada) implemented an indefinite donation ban on men who had had sex with other men (MSM) after 1977.

Instated in 1992, the ban was softened in 2013 to a five-year deferral period. In addition to this, any woman who has had sex with an MSM man (WMSM) in the last five years must wait a calendar year before donating blood. Also of note is that these dates extend any time the “yes” box is ticked on the screening survey, so men in long-term, monogamous relationships with other men are ruled out of donating blood.

Or at least, they are now. Trudeau and the Liberals have as one of their campaign promises pledged to “end the gay blood donation ban.” This would allow anyone, regardless of sexual preference, to donate blood. Described on the party’s website as a “ban that ignores scientific evidence,” the Liberals pledge to “end this stigmatizing donor-screening policy and adopt one that is non-discriminatory and based on science.”

Putting Canada amongst nations like Italy, South Africa, and Russia that have no deferral period for MSM or WMSM, the policy seems like an absolute no-brainer. Italy has a significantly higher incidence of HIV than Canada does, and doesn’t ban MSM and gay men from donating blood. There is plenty of evidence set forth in the Liberal agenda to back the claim. How vigorous the pushback from Canadian Blood Services (CBS), Hema-Quebec, and Health Canada will be is yet to be seen.

The main reasoning behind the current limitations on MSM donation is based on the non-detection period that currently exists for those who contract HIV. The HIV test that each blood donation made in Canada goes through has a window of 9 to 11 days after initial infection where a person can pass on HIV, but will not test positive. Assessment numbers from CBS would indicate that a five-year deferral on MSM donation would equate to a risk of less than one infected donor bag entering the blood supply every thousand years. This is a ridiculous margin of error, and seemingly does not care that people who aren’t MSM or gay may have risky sexual relationships or donate in the window.

I cannot fathom the frustration of anyone who is healthy and who maintains safe sexual practices denied the opportunity to donate blood. Frankly, I’d have fewer qualms with these people lying on the questionnaire than eliminating such a large chunk of the population from CBS’ donor pool.

We are bombarded constantly by radio ads and phone calls to get out and donate blood (I received no less than 21 calls since May), and it’s completely unacceptable to relegate an entire population to non-donation based on sexual preference. With a growing, aging population, increased surgical need, and a shrinking donor base, CBS needs everyone they can get to come out and donate. Telling a population this size that they are automatically ineligible because of the minuscule chance that their transfusion might infect someone is completely ludicrous.

This is especially true because that one tainted bag is almost as likely to be donated by a straight person as a MSM. What this principle means is that CBS would prefer to have a straight person with risky sexual habits donate blood than any gay man or MSM, regardless of how safe or monogamous they might be in terms of their sex life.

This is not only completely insulting to the LGBTQ community, but also creates a climate of baseless distrust between the CBS and a group of donors it should be begging to get through its doors. I’d imagine there is some percentage of the MSM group that falsifies their answers on their screening questionnaires, even though the declaration at the end of the form states that lying could “harm others.”

In fact, a gay man who anonymously admitted he lied about his sexual history was sued by CBS for negligent misrepresentation. The man lost a countersuit in which he stated the MSM donation policy violated his Charter rights.

These people should be praised for their willingness to break the law to save lives and donate to a group that would have us believe they are recklessly endangering the population by doing so. This backwards policy should have been changed years ago, and the Trudeau government’s plan to reverse it will not only bring a new crop of donors to donor clinics, but also help challenge the stigma around this group.

I can only hope that in in the future, MSM donation will be a non-issue in the eyes of the Canadian healthcare system. This time next year, I hope CBS will find it in their hearts to pester all people with robocalls equally, regardless of sexual preference. 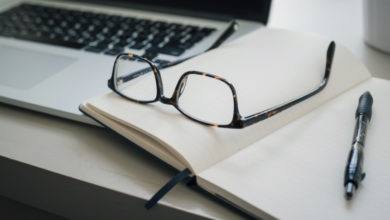 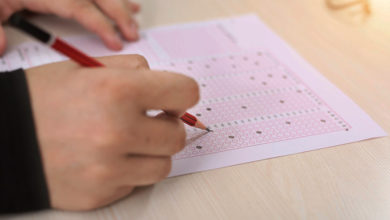