On January 3, The Golden Bears hockey team played their first game of 2023 in an exhibition fundraiser against the U25 Ukrainian National Team. The fundraiser game, part of the “Hockey Can’t Stop Tour,” helped to raise money for hockey development in Ukraine and Ukrainian communities in both Ukraine and Canada. In a crowded Clare Drake Arena, the Bears took a four-point win over the Ukrainian National Team.

Amanda is the 2022-23 deputy sports reporter for The Gateway. She is in her final year of a Bachelor of Arts, majoring in English. When she has time, you can usually find her under a pile of blankets crying over fictional characters, baking, hiking, or spending time with her cat. 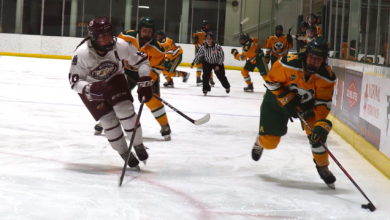 Photostory: Bears and Pandas hockey both take wins over MacEwan Griffins to close out 2022 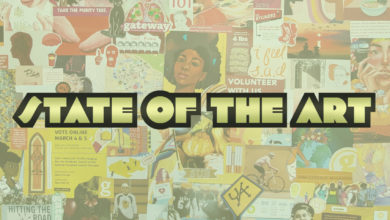 State of the Art: The Celestial Plane

December 12, 2022
Subscribe To Our Newsletter
Donate
Right now, The Gateway is free to read — but without your support, it won't always be this way. To help keep our reporting free and accessible for all, donate today to help fund student journalism on campus.
A little bit truly goes a long way.