Where: Art Gallery of Alberta

Scents of Movement, Scents of Place is one of the current exhibitions at the Art Gallery of Alberta on the second floor, with a focus on scent. The minute you enter the smell of the artwork entices you to explore more and interact with each presentation and story.

This exhibition was curated by Lindsey Sharman and has six different components. It is described as a perfume with top notes (immediate smells that quickly fade), middle notes (the core of the scent) and base notes (scents that are gradually revealed over time).

The first display is an artwork by Abbas Akhavan, Untitled Garden (2008/2022). This display is of an 80-foot-long rectangular planter with several carefully placed cedar trees. It is also the first smell that confronts the viewer as soon as they enter the closed-off room. This thoughtful configuration expresses that although the object is neatly organized the smell can drift freely throughout the room. This was a great piece to bring the viewer into the headspace of focusing on smell rather than visuals.

Following this was Rolande Souliere‘s The Four Directions (2022). This piece was thoroughly interactive. Four Rolodexes were set in a line each containing a separate smell that represents one of the four sacred medicines traditional in First Nations culture: cedar, tobacco, sweetgrass and sage. Each scent accessed from each Rolodex rotation was natural, a perfect transition from the trees. Directly across from this artwork was the medicine wheel, a beautiful visual display of the physical and spiritual worlds expressing kinship, birth, death and the afterlife.

The next section had two components, including a display which allowed viewers to virtually travel through not only smell but also sound. It featured work by Millie Chen and Evelyn von Michalofski, titled The Seven Scents (2003), with the play on words of “the seven seas” (also its inspiration). The artwork consisted of seven chair recliners each with a sea name painted on the cloth, as well as a tag with a scent and its ingredients listed. This was set up in front of a projection. The projection displayed an original performance; the artist had the same setup of the chairs and scents but facing Lake Ontario instead of a projector, where passersby were invited to participate. While the artwork kept the sounds from the original performance, the smells were changed to represent locations in Edmonton. This provided a personal touch to the section.

Beside this piece was the very small display of Scents of Exile (2019-ongoing) by Brian Goeltzenleuchter, which uses scent to describe the home country of an immigrant, a place where one can’t return. Goeltzenleuchter produced this scent through hand sanitizer. Alongside this was a printed display of interviews he conducted to collect information about the scent, and the story of the interviewee. This shone a light on how smell plays a vital role in memory, which the viewer has now absorbed through their skin.

In the following walled area, the walls were covered in a pattern made of curry — the smell triggering a desire for a meal. This was the artwork produced by Sita Kuratomi Bhaumik named To Curry Favor (2022). The display was accompanied by a blog post about the colonization and globalization of Japan, as well as the novel Intimate Eating by Anita Mannur. All these artifacts are connected to the central idea that food cultures have complex histories. This section was bright yellow, the signature colour of curry which engulfs the walls.

Lastly, Jasmine from Grasse (2016) by Sans façon is a reflection of how smell is strongly associated with long-term memory. The display contained a collection of pieces labeled with a name, time, date, and location — a memory. They each had a story underneath a glass dome, where the scent was stored. It was as if the viewer was granting themselves access to this individual’s memory and feeling what they felt through the text and smell. Intimate and personal stories were shared, showing the trust and connection between the viewer and the interviewee, each not knowing the other.

The exhibition will remain until December 31st of 2022 and is worth a visit. My words will never do justice to the smells that you would experience in that room, or the stories that you will behold. 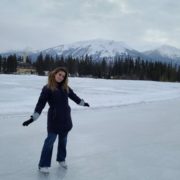