A recent University of Alberta feasibility study has found that the circulation of captured carbon dioxide in the earth could be used to produce geothermal energy.

This research was conducted in part by Future Energy Systems – a multidisciplinary research program at the U of A. This marks a step closer to commercializing Carbon Dioxide Plume Geothermal (CPG) technology according to Alireza Rangriz Shokri, a research associate in the geotechnical unit of the department of civil and environmental engineering.

The study focused on Aquistore, an independent research project on carbon dioxide storage in deep saline formations in Saskatchewan, which found that heat could be extracted from the captured carbon dioxide.

Aquistore is a geological reservoir where carbon dioxide is stored — in this case a saline aquifer filled with a salty water called brine. First, the carbon dioxide is captured from the nearby Boundary Dam 3 and transported to the reservoir to offset the site’s carbon footprint. The deep underground formation is around 110 degrees Celsius, offering valuable geothermal energy if it can be extracted.

“The other excitement is about the fact that with carbon dioxide, you can go to shallower reservoirs and expand the viability of geothermal resources; you don’t necessarily need to drill very deep wells,” Shokri added.

This means that the use of carbon dioxide in geothermal projects could be “another preferred option besides the traditional water-based geothermal reservoir.” The lower viscosity means carbon dioxide can flow quickly and extract more heat. Additionally, the changes in carbon dioxide density compared to liquid water provides a buoyancy force needed to circulate the carbon dioxide between a well pair. As a result, supercritical carbon dioxide has a lower “temperature cut-off to be more efficient” compared to water.

In this study, researchers created a model of the area using data provided by the Petroleum Technology Research Centre. Researchers then used computers to run complex simulations, where they could test their theory.

Now the researchers are waiting for additional funds and approval for a Front End Engineering Design (FEED) study. This next step would allow various professionals to assess site-specific concerns, such as downhole and surface facilities, and proper environmental regulations.

“If the Aquistore gets a green light, this will be the first carbon dioxide circulation pilot test for the study of CPG technology in the world,” Shokri added.

“This was not a one-person project,” Shokri concluded, adding that the study allowed for the “new collaborations and transfer of knowledge” between Canada and Switzerland. While many consider society still far from independent from fossil fuels, this research offers a path forward into how the energy portfolio of the coming decades could look. 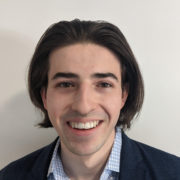 Kevin Theriault is an Urban Planning student and senior volunteer for The Gateway. He is enthusiastic about coffee, board games, and geography.