Ward papastew Election 2021 Meet Candidates is The Gateway’s series of interviews with candidates running in Ward papastew’s council race. This is the seventh of seven articles.

Tarcy Schindelka is a small business owner, serving as the president of Advanced DJ Services since 2007. He also had previous work experience at ReachLocal and Corus Entertainment.

The Gateway reached out twice to Schindelka team for an in-person or virtual interview, but the Schindelka campaign team did not respond to our requests. 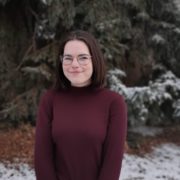 Emily is in her third year studying Political Science, Sociology, and International Studies. When she’s not studying, she loves reading, wandering IKEA, and listening to country music.