With students and staff alike coming back to in-person classes at the University of Alberta this fall, vaccination is on everyone’s mind and in our second year of COVID-19, Alberta as a whole isn’t keeping up with the current trend.

As of September 12, only 79.2 per cent of Albertans over age 12 have been vaccinated at least once, and compared to the national average of 84.13 per cent, the province is definitely behind the rest of Canada. As Alberta struggled through August to raise vaccination rates higher, the reason behind the lacking numbers became clearer with time: vaccine hesitancy is still very prevalent.

Amy Kaler, a professor and a sociologist at the University of Alberta, summed up the matter. “​​There’s a ceiling to the effectiveness of just telling people over and over again: ‘We encourage you to get vaccinated,’” she said.

On September 3, Premier Jason Kenney announced an incentive to combat this: an $100 debit card to anyone who received a first or second vaccine dose between September 3 and October 14. But I have to say, this is truly an instance of too little, too late, not to mention an insult to the rest of Albertans who chose to keep their community safe months ago without getting a monetary reward.

Previous attempts at encouraging vaccination can back this up. Both the “Open For Summer Lottery” launched last June as well as the recent $100 incentive have something in common: they were both failed attempts to increase vaccination rates.

The announcement of the $100 incentive encouraged some Albertans to vaccinate, as reports show a little over 26,000 doses were administered between September 3 and 6, but I have my doubts of this being a success. Data highlights the fact that a similar increase happened with the summer lottery as well, but the rates slowed a few weeks after it was announced, and plateaued from there for the rest of the summer. Anyone who was encouraged by the summer lottery program to get vaccinated did so quickly, while the rest stayed unvaccinated.

The recent uptick in vaccinations is statistically insufficient according to experts, and from the summer lottery’s data, I have a feeling we’ll see a plateau soon here too. This $100 incentive is just not good enough, and I’ll tell you why.

As a student, I often spend about $100 buying just the groceries for a couple weeks at most. $100 is the price just one textbook usually costs me as well, if not more. This incentive is not enough money to change the minds of anyone who, at this point, wouldn’t sign up for the lottery of $1 million this summer, or better yet, for their own health and safety; 85 per cent of those in intensive care right now are unvaccinated just this past Friday alone. $100 is a joke to anyone who has upheld their personal principles for this long, and it’s just not enough to turn the tide. But I’ll tell you what might be.

Most recently, a national survey showed that the majority of respondents in both Alberta and Saskatchewan were in favour of a vaccine passport ― already implemented in Quebec and soon to be in British Columbia as well as Ontario, a passport would keep unvaccinated people away from populated activities that could lead to COVID-19 transmission. This includes places such as festivals, restaurants, movie theatres, bars and gyms, among other things.

Despite this positive response from its people, Alberta’s government has refused the idea of a vaccine passport, claiming it infringes on personal privacy. I say that regardless of privacy, no one wants to sit in a movie theatre for hours with someone coughing up the more contagious Delta variant, which has an increased transmission rate far higher than the original virus. There has to be something done beyond encouragement and incentives.

Alberta needs to be realistic about the pandemic, and treat Albertans like you would a child. Incentives cannot be the only answer we have to those who won’t get vaccinated anymore — we need to start taking away privileges too. If the unvaccinated won’t get their dose, we shouldn’t be trying to reward their hesitancy with money, we need to restrict them from the fun and games in the big crowds. 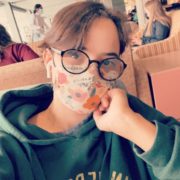