Making a substance that doesn’t exist yet might seem like an impossible task, but a new study from the University of Alberta has got one step closer to doing just that.

Carbyne, like diamond or graphite, is composed of carbon atoms. But while the carbon bonds take on a three-dimensional shape in diamonds and a two-dimensional shape in graphite, the one-dimensional form, carbyne, had never been observed because of how unstable it is. However, a new University of Alberta study has constructed a segment of it, suggesting that its creation may be possible.

Rik Tykwinski, a professor and chair of the department of chemistry, began this research 20 years ago.

“As funny as it sounds, we simply wanted to finish this story from a textbook standpoint,” he said. “You would expect to be able to pick up an organic chemistry textbook and find out what [carbyne] is but it still can’t be explained.”

For Tykwinski, carbyne is an example of how much in science remains unknown.

“Carbon is the basis of life,” he said. “All of the molecules and everything in our everyday world are made of three types of carbon. For two [carbon structures], everything is known, but there’s another fundamental part of life that nobody understands yet, because it can’t be made. So, it’s kind of ironic that something that is so common or so everyday is still not understood.”

A carbyne molecule in its full form would be composed of an infinite number of carbon atoms connected in a rectangular pattern. Tykwinski explained that he and his graduate researcher, Yueze Gao, have been able to connect 48, creating the largest segment of a carbyne molecule ever synthesized.

“It’s the closest that anybody’s come to actually making carbyne,” Tykwinski said. “We can predict what the properties of carbyne might be or compare what we find for these molecules against what others have predicted with their calculations.”

In addition to rounding out the picture of what form carbon atoms can take, Carbyne also carries special properties that make it unique. For example, it is three times stronger than diamond.

“What makes people so excited is that it would be the strongest material known to us,” Tykwinski said. “It’s so thick because the string of carbon atoms are just a single atom wide and they’re held together tightly by carbon bonds.”

Tykwinski explained that at the end of the 48 carbon atoms he and his researcher connected, they required something other than carbon, called an end-group, to act as a kind of clip. He noted that one of the main end-groups, an essential building block for the carbyne segment, was made by a former U of A undergraduate researcher, Yuxuan Hou.

“I can’t emphasize enough the importance of trying to do this even as an undergraduate,” Tykwinski said. “That’s where I got hooked on it. The fact that I’m able to do what I do is because my undergraduate organic chemistry professor asked me if I wanted to do research, and I had no idea what the hell he was talking about! But now, this is what I do.”

Tykwinski noted that passion and dedication for research is required for the difficult task of working on synthesizing carbyne.

“It’s a very simple molecule and it’s surprising how difficult this can be,” he said. “It’s like, you see a picture of something you want to cook, and you’re like ‘oh that looks pretty easy!’ But then things go wrong or it doesn’t rise or you have to cook it longer than it said.”

“About 10 years ago we made a molecule that was a little bit shorter than this one, and it took us another 10 years to take the next step,” he said. “It’s great to share this, we’ve waited a long time!” 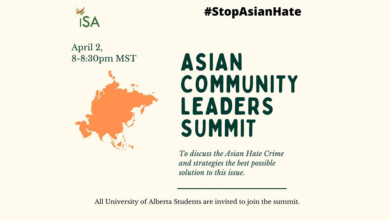