In spite of its excellent production design, Ready Player One regurgitates a cynical view of fandom and popular culture, which frequently demeans its characters and its audience.

In the year 2045, the world has become overpopulated and polluted with hope for the future. To escape their desolation, people venture into the OASIS, a virtual reality game world where players can be and do anything, created by enigmatic trillionaire game designer James Halliday. Upon his death, his will announces that an Easter egg is hidden within the game behind three secret challenges. Whoever finds the egg will obtain total control of the OASIS. Wade Watts, a teenage gamer nicknamed “Parzival,” embarks on the quest along with his online friends and finds himself allied with Art3mis, the leader of a resistance movement, against Nolan Sorrento, the CEO of an evil tech corporation that seeks to monetize the OASIS and control the world.

To get it out of the way, let’s just explain what I liked about Ready Player One. The overall design and visual effects of the OASIS is absolutely beautiful to look at. The movie does an excellent job establishing the rules and logic of how the OASIS works with video game conventions. While the film visually looks alright, it felt like a major chunk of the audio track was missing, since music was sorely lacking during supposedly exciting action scenes and atmospheric sound with large bustling crowds were astonishingly quiet.

Before watching Ready Player One, I was convinced that my brain was going to short-circuit from the plethora of pop culture references that would barrage the screen. During the movie, I did not short-circuit, but instead, I was gravely disappointed. I should’ve been geeking out at the DeLorean time machine racing alongside the ‘60s Batmobile and Kit from Knight Rider while dodging a T. Rex and King Kong, but I slowly began to realize at how much Ready Player One cynically and unironically replicates the worst regressive aspects of fandom.

This movie feeds upon the lifeblood of popular culture that requires its constant recognition and validation to create its identity. No deeper understandings or revelations are required, merely the acknowledgment that these things existed and you are therefore cooler and more special for having awareness of this knowledge. In fact, their superb knowledge of popular culture is what allows Wade to win the game and control the OASIS, with the movie implying that the future belongs to them because they know pop culture and those uptight suits at the big tech conglomerate don’t and only care about money.

One particularly disturbing example of this is the second Easter egg challenge, where the gamers have to go into an interactive recreation of Stanley Kubrick’s The Shining, including the horrific imagery of the crashing elevator blood and the decomposing naked woman in Room 237 (who is now a vicious slasher ghost for some reason). Thankfully, I was forewarned about this scene for my little brother, but I have no idea why it was included in a movie primarily geared towards younger children. Further to the point, the inclusion of The Shining seemed to be superficially borrowing its visuals and nostalgia factor without adding anything worthwhile to the film, and I dare say ends up being insulting to The Shining and to its audience.

Ready Player One rests its laurels on “Hey guys, do you remember Mobile Suit Gundam, because we totally do!” Is shoves pop culture references to backdrop a pretty lame man-child romance and a Spielbergian adventure story that doesn’t feel as complete as other Spielberg movies. I was really hoping to praise Ready Player One as one of those cultural landmarks like Back to the Future or Indiana Jones, but the movie ended up being incredibly disappointing and painfully regressive. 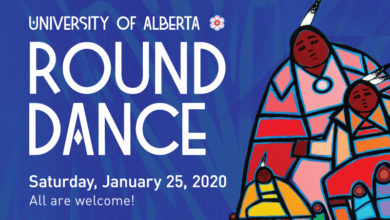