Students have likely passed by the Garneau tree on the eastern edge of the HUB mall parking lot without knowing the rich history of the people who planted it, or the community surrounding it.

Recently it was discovered that the tree was in failing health and could fall anytime soon, which prompted the university to fence off the area in July. In light of its history, the University of Alberta and the Métis community held a ceremony on September 15 to commemorate the tree’s final days, and to celebrate the Garneau legacy as a whole. On September 17, the tree was cut down.

The Garneau tree was planted 143 years ago by Eleanor Garneau, wife of Laurent Garneau. According to one of his descendants — Duane Zaraska — Laurent was a businessman, an entrepreneur, a rancher, a musician, and a Métis patriot. Prior to settling in Edmonton, Laurent had fought in the Red River Rebellion in 1869 where Louis Riel led an uprising against the Canadian government.

“The tree is such a significant part of history to Edmonton, to Strathcona, and to the Garneau community,” Zaraska said. “Because of his dedication and patriotism to the Métis people, this tree has become so symbolic to the Métis community.”

A crowd of over a hundred attended the ceremony, during which members of the community and several Garneau descendants spoke about the legacy left by their ancestor.

“A few people have been asking me about why the tree was planted, I have no idea. Maybe there’s a story out there,” said David Garneau, a professor at the University of Regina. “But I’d like to imagine that Laurent and Eleanor brought that tree from Red River and they wanted to settle this place.”

Zaraska shared several stories about Laurent and how he went from working as a trader near the Missouri River, to settling in Edmonton. Zaraska also talked about how Riel had asked for Laurent’s help in the North-West Rebellion in 1885, but there is no record of him being involved in it.

“There’s no record of him as a soldier in North-West Rebellion,” Zaraska said. “But there are apparently many secret soldiers and I think it’s up to us to figure out what the real story is.”

After Zaraska’s speech, resident historian Frances Cruden talked about how the community clashed with the university when they were acquiring land to expand the university in the 1960’s and 70’s.

“When the university took over the six blocks of our Garneau, they really were taking over a part of our community and it wasn’t the best PR,” Cruden said.

In 1983, Cruden’s advocacy work led to a plaque being placed at the foot of the Garneau tree. The plaque talked about how Laurent and Eleanor Garneau planted the tree back in 1874.

“Our skirmishes with the university have kept us on our toes and have been very valuable when dealing with developers that are eyeing parts of the neighborhood,” Cruden said. “As a result, Garneau is not a student rental ghetto as it so easily could’ve become, but a pleasant place for renters, homeowners, students, and families to live.”

The university is still discussing the fate of the tree following its removal with members of the community. David Garneau mentioned that wood from the tree could be given to artists to carve.

“(The university is) going to cut down the tree, but they’re going to leave that stump. Maybe something will grow from it. Maybe we will still have the Garneau tree continuing,” he said. 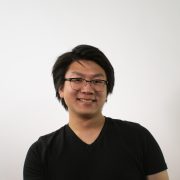