In other related news that proves we are living in a simulation, American right-wing bots are tweeting Anti-Trudeau sentiments and are influencing the Canadian election.

If you’ve been on Twitter during any election season, you may have seen tweets criticizing the Liberal Leader Justin Trudeau; to be fair, given recent events, you definitely should criticize him. However, many accounts using the hashtags such as #TrudeauMustGo, #TrudeauMustGoToJail and #TrudeauCorruption have shown bot-like activity, as these accounts self-identify as Trump supporters and are generally the most active compared to any other Twitter accounts.

This isn’t to say that real people aren’t tweeting anti-Trudeau sentiments, but these spam accounts and bots may be disrupting the political debate through anti-Trudeau tweets. Real people are sharing and circulating these hashtags and ideas that bots are posting on their feed.

At first, this may not seem like a major issue — people are allowed to disagree with politicians and political parties — but this exposure to misinformation can lead to increased skepticism about online media and withdrawal into personal biases. According to Alexei Abrahams, a research fellow at Citizen Lab, this manipulation of information results in people being agnostic towards any information, causing them to withdraw from political life and the activity of inquiring.

It’s not surprising that these bots are American right-wing supporters. Canadian politics are continuously influenced by our neighbours down south, and rarely in a good way. In a letter to the editor in St. Albert Today, one Albertan compared premier Jason Kenney to the U.S. President due to the UCP’s support of private healthcare. Although Trudeau is deserving of criticism for a fair amount of reasons (ie. brownface/blackface, the Trans Mountain Pipeline), those critiques should come from living, breathing people.

Given the importance of social media within politics nowadays, people should think critically about what they read online (actually, about any media they consume). It’s and obviously ignorant, to resort to biases to understand something instead of digging deeper, especially when looking at something so mundane like a couple of Twitter posts. Twitter can be a great tool for gaining information about a given topic and keeping up with current events, but it shouldn’t be your only tool.

I don’t want to minimize the harmful effects of these Twitter bots, but “withdrawal from political life” is a bit extreme. Honestly, for someone to have the ability to withdraw from political life is an act of privilege in itself. For some, they can never escape from politics, because their entire existence is political, and they’re constantly facing the horrible consequences of political decisions.

It’s rather interesting that these Twitter bots can still operate as well, considering the fact that Twitter has consistently deleted accounts held by real-life people for pathetic reasons. For instance, Twitter suspended over 300 Pakistani accounts for tweeting about Kashmir.

At the end of the day, the idea that Twitter bots are greatly influencing the political election may not be that big of a problem. Instead, we should be focusing on whose voice is being regulated, and how we can ensure all perspectives are being shared. 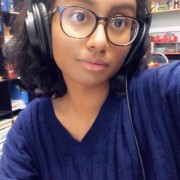 Ashlynn is the 2019-20 Arts and Culture Editor. She is a fifth year English and Psychology student. She can be described as a friendly neighbourhood cat: very small, very fast, and can sleep anywhere.